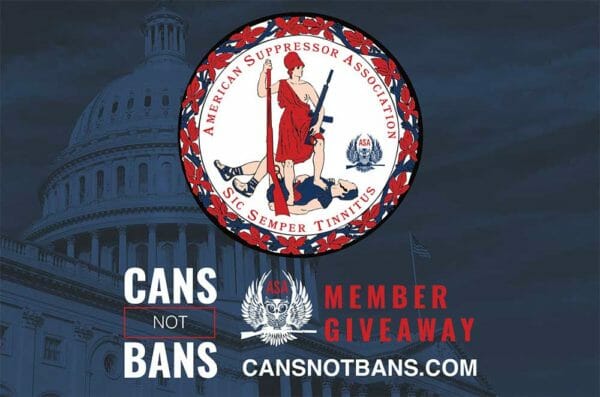 American Suppressor Association Member Giveaway: SIC Semper TinnitusATLANTA, GA – -(AmmoLand.com)- The American Suppressor Association exists for one reason and one reason only: to defend individual liberty and promote gun safety by fighting for pro-suppressor reform nationwide. That’s why when Governor Ralph Northam (D-VA) and Delegate Mark Levine (D-45) announced that they were going to try to ban suppressors in Virginia, we immediately began working to ensure that their efforts would remain unsuccessful. Last year, we met with legislators during the special session on July 9th, testified in front of the Virginia State Crime Commission, and co-hosted a tremendously successful live-fire suppressor demonstration for local media at the Colonial Shooting Academy. Thus far in 2020, ASA has spent two weeks at the Virginia Capitol in Richmond educating lawmakers on the realities of suppressors, engaging grassroots support, and briefing local media. We are in a better spot now than we were when the legislature convened on January 8th; however, much remains to be done. Accordingly, the American Suppressor Association is launching our “Cans Not Bans: Sic Semper Tinnitus” member giveaway. 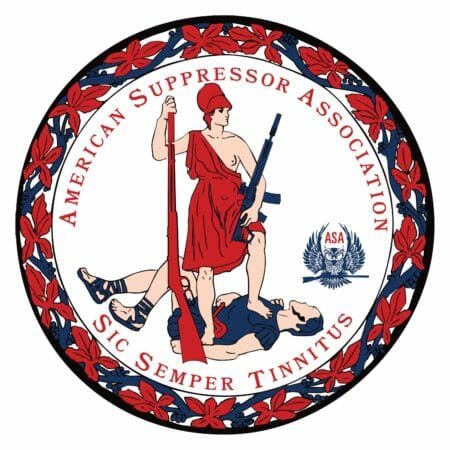 Suppressor owners everywhere are being rallied to make their voices heard by joining ASA or buying a raffle ticket to support the organized opposition to Governor Northam’s unpopular attempt to ban suppressors in the state. Anyone who does so before March 2nd will be entered to win one of 11 prizes. Already an ASA member? As long as your membership is up to date as of March 2nd, you’ll be entered as well! Membership in the American Suppressor Association amplifies everyone’s voices and provides the necessary funding to stay engaged in this essential fight in Virginia, Washington D.C., and throughout the country. Make no mistake, this fight is about more than just Virginia. If we allow misguided policy to take hold in The Old Dominion, it will spread like wildfire. The American Suppressor Association will do everything in our power to prevent this unacceptable outcome. Visit CansNotBans.com for more details. The American Suppressor Association (ASA) is the unified voice of the suppressor community. We exist for one reason and one reason only: to fight for pro-suppressor reform nationwide. The ability of the American Suppressor Association to fight for pro-suppressor reform is tied directly to our ability to fundraise. Since the ASA’s formation in 2011, 3 states have legalized suppressor ownership and 18 states have legalized suppressor hunting. Much of this would not have happened without your support. For more information on how you can join us in the fight to help protect and expand your right to own and use suppressors, visit www.AmericanSuppressorAssociation.com.