Army Medic, Staff Sgt. Ronald J. Shurer II to Receive Medal of HonorUSA – -(AmmoLand.com)- A former Army medic with the 3rd Special Forces Group (Airborne) who heroically fought his way up a mountain to render aid to his Special Forces teammates and their Afghan commando counterparts is receiving the Medal of Honor. Former Staff Sgt. Ronald J. Shurer II went above and beyond the call of duty April 6, 2008, while assigned to Special Operations Task Force – 33 in Afghanistan during Operation Enduring Freedom. He will receive the highest military award for valor at a White House ceremony on Oct. 1. In April 2008, Shurer was assigned to support Special Forces operators working to take out high-value targets of the Hezeb Islami al Gulbadin in Shok Valley. Army Medic Staff Sgt. Ronald J. Shurer II to Receive Medal of HonorAs the team navigated through the valley, a firefight quickly erupted, and a series of insurgent sniper fire, rocket-propelled grenades and small-arms and machine-gun fire forced the unit into a defensive fighting position. Around that time, Shurer received word that their forward assault element was also pinned down at another location, and the forward team had suffered multiple casualties. With disregard for his safety, Shurer moved quickly through a hail of bullets toward the base of the mountain to reach the pinned-down forward element. While on the move, Shurer stopped to treat a wounded teammate’s neck injury caused by shrapnel from an RPG blast. After providing aid, Shurer spent the next hour fighting across several hundred meters and killing multiple insurgents. Eventually, Shurer arrived to support the pinned down element and immediately rendered aid to four critically wounded U.S. units and 10 injured commandos until teammates arrived. Soon after their arrival, Shurer and his team sergeant were shot at the same time. The medic ran 15 meters through a barrage of gunfire to help his sergeant. Despite a bullet hitting his helmet and a gunshot wound to his arm, Shurer pulled his teammate to cover and rendered care. 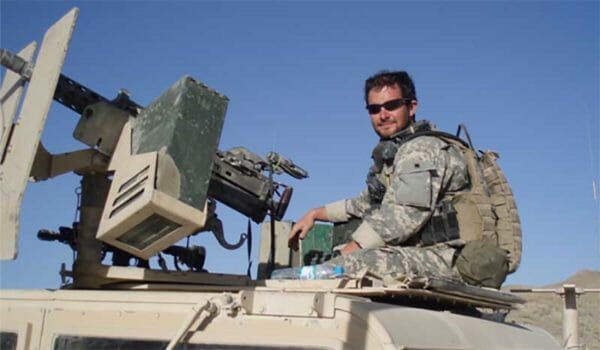 Army Staff Sgt. Ronald J. Shurer II will receive the Medal of Honor for going above and beyond the call of duty on April 6, 2008, while assigned to Special Operations Task Force-33 in Afghanistan during Operation Enduring Freedom. Photo courtesy of Ronald J. Shurer IIMoments later, Shurer moved back through heavy gunfire to help sustain another teammate who suffered a traumatic amputation to his right leg. For the next several hours, Shurer helped keep the large insurgent force at bay while simultaneously providing care to his wounded teammates. Shurer’s actions helped save the lives of all wounded casualties under his care. Shurer also helped evacuate three critically wounded, non-ambulatory teammates down a near-vertical 60-foot cliff, all while avoiding rounds of enemy gunfire and falling debris caused by numerous airstrikes. Further, Shurer found a run of nylon webbing and used it to lower casualties while he physically shielded them from falling debris. Shurer’s Medal of Honor was upgraded from a Silver Star upon review. Congratulations, Staff Sgt. Shurer, for this well-deserved honor! Follow the Department of Defense on Facebook and Twitter!