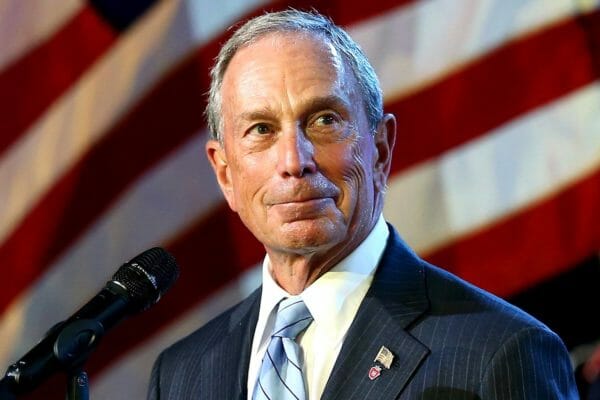 Presidential candidates if they win the election must take the oath to “preserve, protect and defend the Constitution of the United States.” If a candidate harbors an intent to ban or confiscate arms, that oath cannot be taken legitimately.USA – -(AmmoLand.com)- Such candidates make themselves ineligible to attain the office. They cannot in good faith take the oath of office without lying. The U.S. Bill of Rights has a plain and direct ban on infringing the right of the people to keep and bear arms. Presidential candidates who run must know, as the public does, that if they win the election they must take the oath to “preserve, protect and defend the Constitution of the United States.” If a candidate harbors an intent to ban or confiscate arms the public already owns, that oath cannot be taken honestly or legitimately. Such a person cannot validly hold the office and must not run. This is the simple and plain position of Jews for the Preservation of Firearms Ownership, www.jpfo.org. This applies to state races and other offices as well. Political parties themselves are expected to know this and act accordingly, refusing to endorse candidates whose stated goal is the destruction or abolition of the Constitution’s requirements. Numerous candidates running for president have proven themselves ineligible to the office by this plain standard. By declaring plans for infringement even before taking office, we the people cannot expect those candidates to honor their oath or the Constitution, and they should do the respectable thing and withdraw. No punishment is provided in our national charters for such malfeasance short of armed revolt, which is why our Founders provided for an armed electorate. If an election is an insufficient safeguard for our liberties, these candidates threaten the very fabric of the nation and must do one of two things—change their platform or withdraw. JPFO is keenly aware of the nation’s Judeo-Christian heritage and has set its moral compass accordingly. “Our Constitution was made only for a moral and religious people. It is wholly inadequate to the government of any other.” –John Adams, 2nd president of the United States, Oct. 11, 1798. The oath of office is a meaningful thing. It is not there for no reason or to be taken lightly. America runs on honor — not all systems do. If a person approaches public office with the purpose of deception, or willful design to ignore or abrogate its terms, such breach nullifies that person's moral authority to attain the position. That’s why oaths exist. You must take the oath and honor it. Failure to do so undermines the very nature of “our system” — which is more than its written documents. That this even has to be said is stunning. Americans used to know this to their core. It was beyond reproach. When we were a deeply honorable people it needn’t even be said. Now saying it is virtually controversial. The parties themselves should know better. They no longer do, or actively participate in undermining the oath. It is in fact the quintessential argument and requirement. Their failure to honor the oath is an abomination. The president must take the constitutional oath and mean it. JPFO cannot possibly stand behind any other position, and still stand for the preservation of firearms ownership. If it proves to be controversial, we’ll just have to withstand the slings, arrows, and spotlight. Do you stand with us and the oath — or against us? Support JPFO. BACKGROUND– Numerous prerequisites condition eligibility to the office of President of the United States: A person cannot run for a third term, cannot be a foreign citizen, cannot be a convicted felon, must win a majority of the Electoral College votes in a quadrennial election or rise to office through legitimate succession, must meet the Constitution’s requirements of Art. 2, Sec. 2, cl. 5, for age (35 years), residency in the country (14 years) heritage (natural born Citizen), and take the Oath of Office. Support JPFO, speaking truth to power: https://store.jpfo.org/11-donations

About Jews for the Preservation of Firearms Ownership Jews for the Preservation of Firearms Ownership, www.jpfo.org is America's most aggressive civil-rights organization, dedicated to destroying the notion of `gun control' as any kind of credible public-policy position. So-called `gun control' does not control guns and doesn't control criminal behavior. What it does is disarm the innocent, leaving them helpless in the face of criminals, tyrannical governments and genocide. History repeatedly proves this fact. Founded in 1989 by Aaron Zelman as a response to the Holocaust, JPFO speaks with the moral authority and tenacious commitment of survivors of persecution and knows that surrendering your personal and family safety to government protection courts disaster. You don't have to be Jewish to fight by our side, you just have to love liberty.