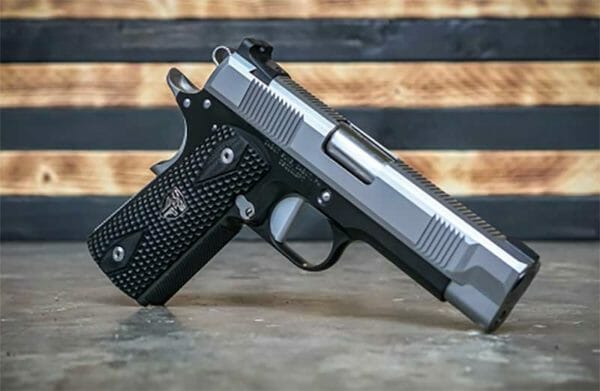 Cabot Guns The Rebellion 1911 PistolUSA – -(AmmoLand.com)- Cabot Guns has some exciting news to share. For the past year-and-a-half we have been secretly working on a significant redesign of the beloved 1911 platform in a pistol we call Rebellion. We weren’t planning to share this new gun design until later this year, however, the cat was let out of the bag by Shooting Illustrated who named it a SHOT Show 2020 “Editor’s Pick.” Rebellion sat along a back table of our exhibit during SHOT Show. We placed it there deliberately to quietly share with select individuals and get their feedback. We thought we were discreet, but the word still got out. Cabot Guns The Rebellion 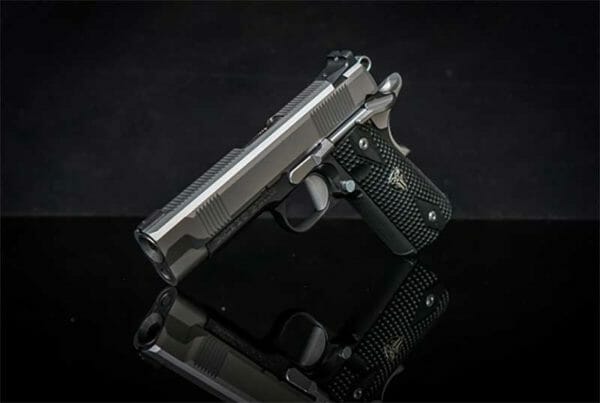 Cabot Guns Rebellion 1911 PistolSo what is Cabot Guns Rebellion 1911 Pistol? It’s a re-imagined carry 1911, engineered with modern sporting arm design elements to enhance reliability and performance. We’re not ready to reveal the full details of the mechanical changes just yet. However, as we explore protecting the intellectual property for this new model, we can share that it contains three distinct changes that set Rebellion apart from the traditional 1911 design: The Cabot Guns Rebellion 1911 Pistol is chambered in 9mm luger. Prototypes have been constructed with lowers from both aircraft-grade aluminum—to reduce weight for carry—and in steel. Like all Cabot 1911s, the frames and slides are machined from billet under our roof, where we maintain the standard of tolerances and quality control that are only achieved by making your own parts. Over the past several months we’ve had Rebellion out in the wild for testing by a wide variety of shooters, which has provided valuable technical feedback. We are quite proud to announce that we are making final modifications to this genetic mutation of the 1911 and a small number of production pistols (20) will be available in late 2020, with expanded availability in 2021. We look forward to sharing more with you about our new design later this year. For those who wish to take a leap and order one of the first twenty, please click the Rebellion pre-order link here. Sincerely, Rob Bianchin
CEO Cabot Guns