https://www.youtube.com/embed/DlimCLccxpQ
Virginia – -(AmmoLand.com)- On Friday morning, February 7 at 8 am, the House Public Safety committee is going to meet for the last time before cross over (when bills that passed one house, heads to the other house for consideration). The remaining “Assault Weapon ” ban bill, HB 961, will either be heard on Friday or it will be dead. We have to assume it will be heard and need a strong turnout to oppose this monstrosity: HB 961, Delegate Levine, makes the following things illegal: carrying a loaded shotgun that holds more than 7 rounds in public; possession, sale, etc. of “assault firearms,” with a definition so broad as to catch almost all centerfire semi-automatic firearms; magazines that hold more than 10 rounds; suppressors; and “trigger activators.” A person who owns an “assault firearm” on July 1, 2020, can keep the gun if they register it. HB 961 turns law-abiding citizens who own a perfectly legal and constitutionally protected product on June 30, into a felon on July 1. The Virginia Tech massacre commission concluded that the killer having 10-round magazines would have made no difference in the outcome. The Virginia Beach Chief of Police said such a magazine limitation would have made no difference in the massacre in their Building #2. Studies have shown that for self-defense larger magazines are beneficial. It is extremely rare for a suppressor to be used in a crime, as it makes the firearm much longer than usual. The vast majority of crimes committed with suppressor deals with the unlawful possession of a homemade suppressor. There is nothing in HB 961 that would lower crime. Its sole purpose is to disarm the public. Grandfathering existing “assault firearms” owners disarms the next generation and does not make this bill more palatable. This bill is rife with unjustified restrictions and is nothing short of a full-fledged attack on law-abiding gun owners. VCDL strongly OPPOSES this bill, which has no redeeming language in it. If you haven't seen it, here is a video above of Delegate Mark Levine explaining HB 961. Do you laugh, cry, or just run into the night screaming? He has absolutely no idea what he is talking about, but this man's efforts could turn YOU into a criminal overnight: 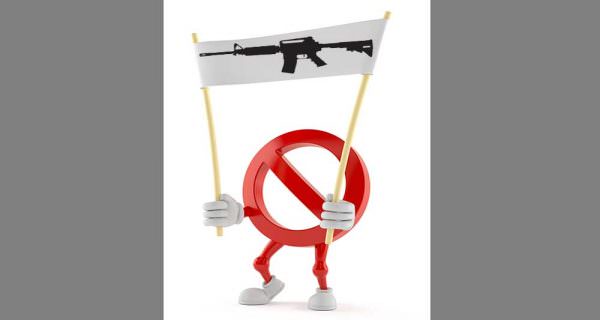