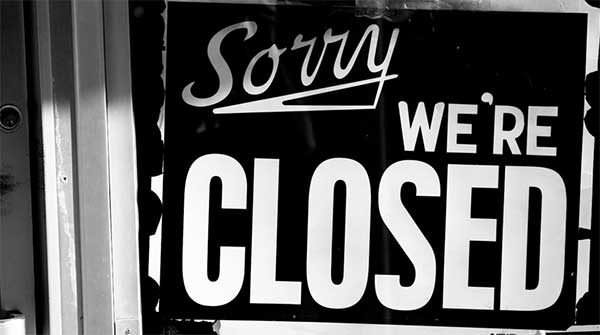 Bill S.B. 353 Outdoor shooting ranges; would be prohibited adjacent to residential areas; exceptions; civil penalty.Virginia – -(AmmoLand.com)- The Senate Judiciary Committee began this morning (Feb 3rd, 2020) by passing by several bills for the year: While technically not dead, they will not be brought up again this year. At some point before the beginning of the 2021 Session, the committee will decide whether to move them forward or to not report the bills. Also good news for gun owners, SB 581 was defeated in committee this morning on a vote of 7Y – 8N. This bill would have made it a felony for any person who recklessly leaves a loaded, unsecured firearm in such a manner as to endanger the life or limb of any person under the age of 18. While the patron offered a substitute that would have reduced the penalty to a misdemeanor, several members of the committee, including some Democrats were not comfortable with the bill. Other bills heard this morning (02/03/2020): S.B. 64 Paramilitary activities; penalty. Provides that a person is guilty of unlawful paramilitary activity if such person assembles with another person with the intent of intimidating any person or group of persons by drilling, parading, or marching with any firearm, any explosive or incendiary device, or any components or combination thereof. A substitute bill was offered and then several amendments were added and the bill was reported 9-6. Other changes may occur when it is debated on the floor. As soon as the substitute is available a link will be posted on the VSSA web site. S.B. 71 Firearms on school property. Adds public, private, or religious preschools and child day centers that are not operated at the residence of the provider or of any of the children to the list of schools where possessing a firearm on school property or on a school bus is prohibited. Reported 9-6 S.B. 14 Trigger activators; prohibition; penalty. The patron presented a substitute which mirrors the federal regulation that ATF entered into the Federal Register related to “Bump Stocks”. Binary triggers are no longer covered under the legislation. The bill was reported and re-referred to Finance on a vote of 9-5. S.B. 436 Establishment of the Virginia Voluntary Do Not Sell Firearms List; penalty. Creates the Virginia Voluntary Do Not Sell Firearms List (the List) that prohibits the possession, transportation, and sale of firearms to any person who voluntarily registers himself to be enrolled into the List. The List shall be maintained and updated by the Department of State Police. The bill was reported 8-5 and rereferred to Finance. Tomorrow (Tuesday 2, 2020) , the House Public Safety Firearms Subcommittee will meet at 8:30 AM. A number of firearm related bills are on the agenda. HB78, HB459, HB900, HB1288, HB142,HB264, and HB600 are all bad bills. Please contact members of the subcommittee and urge them to oppose the above bills while encouraging them to support HB224, HB1409, and HB1689. Finally, unless a special meeting is called, Friday, February 7 will be the last meeting of House Public Safety before Crossover. There is one bill of importance that has not been heard – HB961 – the Northam vehicle for banning modern sporting rifles, standard capacity magazines, and suppressors. The bill also creates a licensing and registration scheme for people who wish to keep affected firearms they lawfully owned prior to the ban. Not only does this force law-abiding citizens to pay the government to protect their loved ones, but also creates a pathway for confiscation, a goal that lawmakers were openly considering before the start of the session. There is no option for people to keep their lawfully acquired suppressors and magazines with capacities greater than ten rounds, forcing them to dispose of their property, become a felon, or surrender it to the government. If it is going to be heard before Crossover, Friday may be the last opportunity. Virginia Shooting Sports Association will let you know as soon as the agenda is posted but if possible, please consider attending the committee meeting Friday, 8:00 a.m., House Committee Room (Pocahontas Building) to make your voice heard. In addition, please contact committee members and ask them to OPPOSE HB 961.