Has One Employee Made the NRA Irrelevant?

Has One Employee Made the NRA Irrelevant? 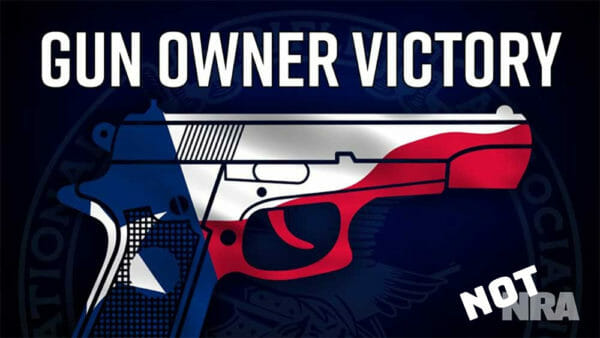 Has One Employee, this time Wayne Lapierre, Made the NRA Irrelevant?USA – -(AmmoLand.com)- Let’s face some facts; the NRA lost Virginia. Virginia Public Access Project reported that the National Rifle Association spent $350,000+ this cycle to help pro 2A candidates beat back Democrats who were running on gun confiscation. Gun confiscation groups' spent far more. Everytown for Gun Safety Action Fund and Everytown for Gun Safety Victory report that they spent $2.5 million in Virginia, making the group the biggest outside donors; Gifford’s PAC spent $300,000 on a digital ad campaign alone. Given that the NRA has no face or voice, their $350,000 was dwarfed, and their voice silenced. In the past, the NRA would spend $2 million-plus to help protect gun owners' rights in their home state, not any more. So while Wayne LaPierre is busy spending his $2 million a year salary and hiring loyal cronies for $800K each (there were 6-8 of them), the democrat party is using Bloomberg’s dollars to buy power, and repaying him with bizarre and ineffectual gun control laws. These laws are designed to separate you from your 2A rights, not to fight crime or save lives. Should Bloomberg win the Presidential election it will be because he calls for reasonable gun safety laws, but once elected, will confiscate your firearms. Virginia is the blueprint they will follow. Voter turnout was only 40% in the last election in Virginia; there was room for the NRA to rally gun owners to turn out. The fact is, the NRA spent the needed resources on themselves and the lawyer, and with a purge of any employee who doesn’t believe in the “Cult of Wayne.” They lacked the institutional knowledge and ability to help preserve our rights. The fact is Wayne, not the NRA, let us down. I don’t see the NRA changing back to what they once were. With 120,000,000 gun owners, we are the largest voting block in any national election. We have lost our unified voice. That is what the NRA brought to the table. It was never about the money; it was about stirring the block of gun owners to vote to protect our rights. If only 65% of gun owners vote our 2A rights, we would sweep the House, hold the Senate, and elect Pro Bill of Rights Presidents. Other nimble groups will fight for our rights. Recently the Firearms Coalition did a fast blast e-mail. We flooded Sacrament and killed a hike in the cost of owning a gun in California. So let me ask. Where was the NRA? Absent, only we owe Jeff Knox a THANK YOU! Proof you don’t need a lot of money to make a real difference. Jeff is a patriot! DONATE TO THEM. Jeff put his efforts where the NRA should have been. Shame on you, Wayne, for abandoning 33 million citizens. In reality, it is nothing more or less than you did (or rather didn’t do) in Virginia. I see a pattern. Liberals are SHOCKED! The philosophy on the left has always been that the NRA takes money from gun manufacturers and spends it on congress to thwart the will of the people, they have been shocked to find out that the efforts in Virginia are a grassroots movement. that while the NRA (who would like to claim credit for the rally and response) is absent. The NRA is offering too little too late. Without a national voice, we lose our ability to speak as one. Wayne, your greed and avarice cost 120,000,000 that voice. You’ve made the NRA irrelevant. The fact is, given the growth of the Virginia movement and other states, you make yourself OBSOLETE if you don’t change things fast. About Don McDougall

Don McDougall is an NRA instructor and member of the Los Padres “Friends of the NRA” committee. If he's not at the range, you will find him setting the record straight with on gun issues and gun safety on AmmoLand Shooting Sports News.