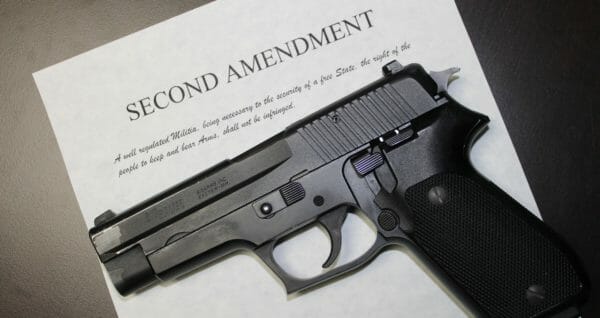 FPC Announces New Briefs Filed in LawsuitsU.S.A. –-(Ammoland.com)- Today, Firearms Policy Coalition (FPC) announced a number of important new court filings, including a brief in the Third Circuit Court of Appeals regarding New Jersey’s ban on firearm magazines, in the Ninth Circuit Court of Appeals regarding California’s ban on so-called common semiautomatic “assault rifles,” and in the Northern District of California regarding the State’s total ban on firearms applied against people who have had convictions vacated and rights restored by appropriate courts in other states. The documents are available at FPCLegal.org. “The Supreme Court has consistently demonstrated that arms that are commonly owned for lawful purposes cannot be banned,” explained FPC Director of Research, Joseph Greenlee. “California prohibits many of the most popular arms in the country for self-defense, hunting, and recreational shooting—all of which are lawful purposes protected by the right. We’re hopeful that the Ninth Circuit will follow the Supreme Court’s precedents and strike down this clear violation of Californians’ right to keep and bear the arms of their choice.” Regarding the New Jersey brief, Greenlee said, “We were honored to join with leading academics in constitutional and Second Amendment law to provide the Third Circuit with a thorough history of magazines and repeating arms. Not only are magazines capable of holding more than 10 rounds common—and thus constitutionally protected—today, but they have existed for nearly half a millennium, predating the Second Amendment by over two centuries. The Founders were familiar with and embraced such arms, and they have traditionally been accepted as protected arms throughout our nation’s history.” “FPC is proud to litigate and participate in cases addressing a wide variety of important constitutional issues, providing courts important perspective through research and historical analysis,” said FPC Director of Legal Strategy, Adam Kraut. “Hostile legislatures and rogue attorneys generals, like Xavier Becerra, Gurbir Grewal, and Josh Shapiro, have made litigation a necessary and important part of our fight for freedom. We hope to see these unconstitutional policies and laws eliminated throughout the country by offering courts our expert arguments, key legal analysis, and new historical discoveries.” Also filed was a final reply brief in support of the plaintiffs’ request for a preliminary injunction in the case of Linton v. Becerra. That lawsuit was filed because California’s Attorney General Xavier Becerra and his Department of Justice completely deny Second Amendment rights to people who were previously convicted of a non-violent felony, but later had those convictions vacated, nullified, and their rights fully restored by courts in other states. This brief cites Greenlee's forthcoming Wyoming Law Review article, The Historical Justification for Prohibiting Dangerous Persons From Possessing Arms, currently available online at https://papers.ssrn.com/sol3/papers.cfm ... id=3509040. FPC also noted that Pennsylvania’s Commonwealth Court today issued the injunction against Pennsylvania State Police (PSP) Commissioner Colonel Robert Evanchick and his agents, servants, and officers “from implementing or enforcing PSP’s new policy addressed to partially manufactured receivers…” PSP issued and enforced the now-blocked policy after being directed to by Attorney General Josh Shapiro in an opinion issued last month. Individuals and others who wish to support these and other legal action efforts can join FPC at JoinFPC.org or make a tax-deductible donation to Firearms Policy Foundation (FPF) at bit.ly/fpf-donate.
About Firearms Policy Coalition

Firearms Policy Foundation (www.firearmsfoundation.org) is a 501(c)3 grassroots nonprofit organization. FPF’s mission is to defend the Constitution of the United States and the People’s rights, privileges, and immunities deeply rooted in this Nation’s history and tradition, especially the inalienable, fundamental, and individual right to keep and bear arms, through research, education, legal action, and other charitable programs.