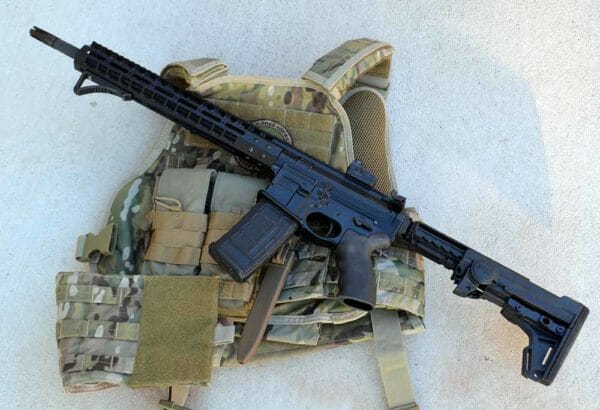 FIMS firearms builds a stellar AR.U.S.A. –-(Ammoland.com)- There is no doubt about it: The AR market is flooded. As a result, we have seen many businesses building ARs fold (DPMS and Bushmaster look to be the most recent casualties) and most prices come down. There are essentially three segments of the market that seem to be a bit better insulated: the ultra-cheap rifles and kits; the iconic name brands like Knight's Armament and Colt; and the higher end precision and competition type rifles. One of the latter of these entities is a relatively new company on the scene called FIMS Firearms. FIMS Firearms may seem brand new to the AR Market, but they are by no means a stranger to quality manufacturing. The company was founded in 1962 by the current company president's grandfather and father as a machine shop. In fact, the company's name is an acronym of first letters of the first names of several family members.

FIMS AR-15In 2016 they applied for an 07 FFL to break into the firearms industry and rather than build a basic budget-friendly design, they went for the Ferarri of ARs! Another irony here, perhaps, is that they are based out of New Jersey, not exactly a bastion of Second Amendment freedom. Regardless of these issues, FIMS seriously knows a thing or two about building quality rifles. The Build What sets FIMS apart from the crowd is that their receiver sets are built on a single machine and program. So rather than making a batch of lowers, followed by a batch of upper receivers, both components are machined together to make for a perfect fit. From contact points between the upper and lower to the takedown pinholes. They are completely rattle-free and wobble-free at every point. 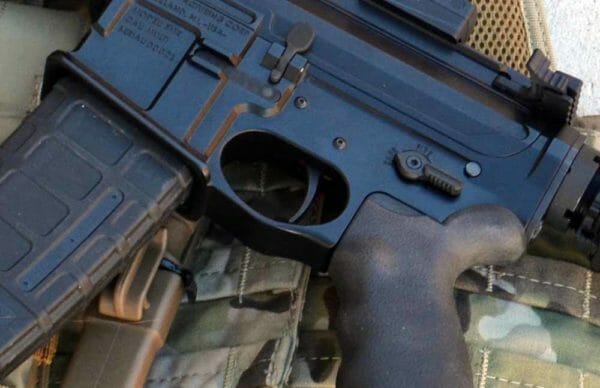 Closeup on the lower of a FIMSLooking over the rifle, there are no rough edges at all. It is as if all the machined parts were deburred and dehoned like a custom pistol. The entire rifle has a very slicked up and polished feel to it. The safety is ambidextrous and has positive and crisp clicks when shifting from the safe position to fire. The Raptor style charging handle is excellent. Handguards are silky smooth, like the rest of the rifle. The magazine release was set perfectly and worked well with both GI mags and MagPul magazines. The magazine well had a nice flare for effortless magazine changes. FIMS also sent along a few of their carbon fiber hand stops which I found worked well as a grip, too. 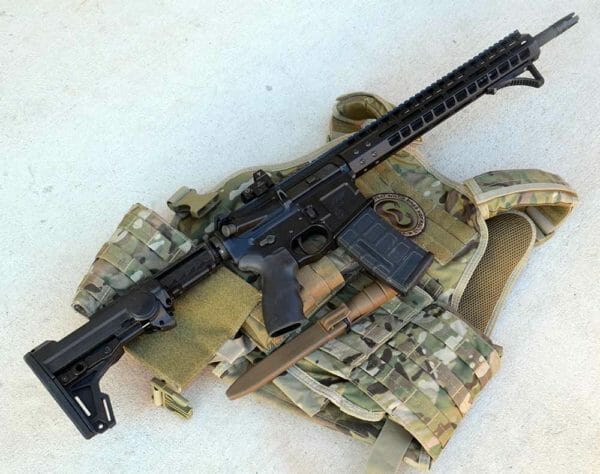 The meticulous FIMS ARI found the trigger to be incredible, a single-stage set somewhere between 3.5-4.5 pounds. Criterion makes the barrels for FIMS and this one has a correct 223 Wylde chamber with a 1:8″ twist. Topped with a black oxide vortex style flash hider, it shoots very accurately. 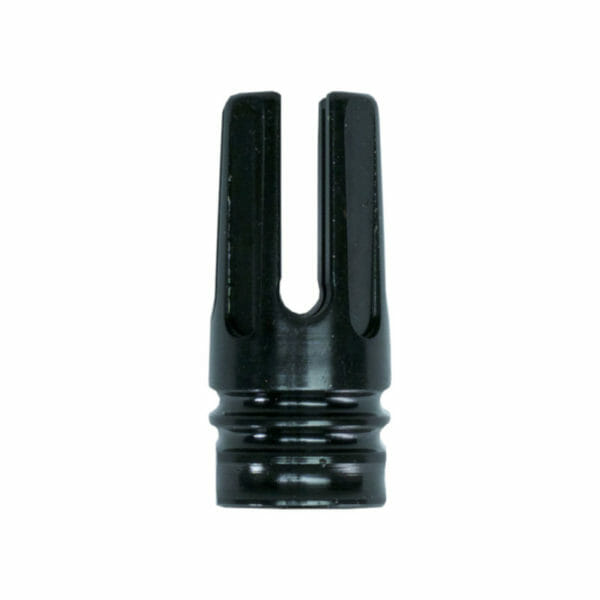 FIMS Flash HiderThe pistol grip was by Ergo and the stock was an F93 adjustable stock, also by Ergo. On top of all this, the rifle has an unbelievably high handling factor and is extremely well balanced. At the Range I rolled out to the range and rested the rifle on my Caldwell AR shooting bags. Lacking optics and not having a spare scope available for testing, I mounted a Nikon P-Tactical Spur reflex sight. 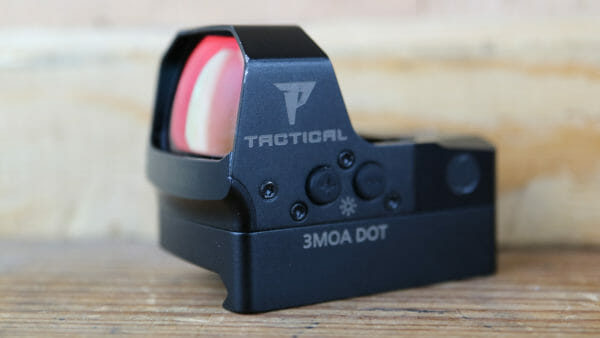 Nikon Spur Photo by Graham BaatesThis is a very rugged red dot sight that is still available from some dealers. Unfortunately, Nikon got out of the firearm optic business in 2019. If you can find one of these, they are great for use on a rifle or shotgun. The 3 MOA dot has ten brightness settings and the first two settings are night-vision compatible. At 100 yards I sighted in with Black Hills 77-Grain Sierra Match King Hollow Points. I have found this to be one of the most accurate factory offerings for 5.56 and it did not disappoint with the FIMS rifle. 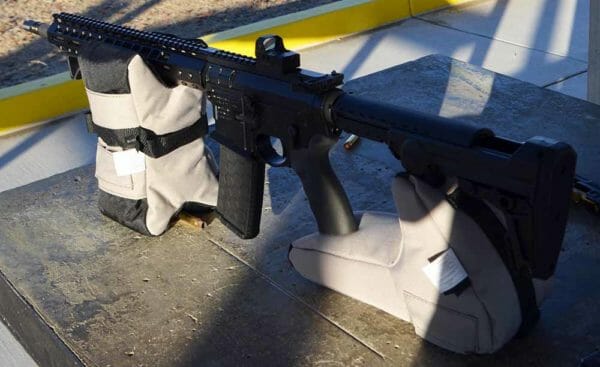 FIMS at the range.My initial bore sight at 15 yards yielded a 1.25″ group. Not bad with a 3 MOA red dot and zero magnification. Moving out to 100 yards, I kept the rifle as steady as possible and shot an average group size of 2.45″. Had I used a scope with decent magnification, I am confident that I would have done better. The rifle definitely seems fully capable of it. The Reality About the toughest part of this rifle is the price tag. I hate to ding any product on a high price-tag and for what you get here, the juice is definitely worth the squeeze. A stripped matched upper and lower set by FIMS will set you back $700. If you are looking for a high-end AR for three-gun, precision or just bragging rights; this is the rifle for you. At $2500 without optics, that can be a hard pill to swallow for most shooters. This is why most of us do not drive Lamborghinis, Porsches or Ferraris to work every day. Most shooters can get by and even thrive on a lower-cost rifle. However, if you are heavily into competitive shooting and you need those slight edges in accuracy over your next ranked opponent, the FIMS rifle can make all the difference.

FIMS Manufacturing AR-15.It may be a bit rich for most people’s blood, but the materials and build quality show that there is no padding the price. You are paying for quality every step of the way. FIMS has a unique tool on its website to allow customers to build their own rifle to spec and they make models for states where the average MSR (Military Sporting Rifle) has restrictions and limitations. The “Build your own rifle” tool really gives a surprising amount of high-end options. Visit their website at: https://www.fimsfirearms.com/ About Mike Searson