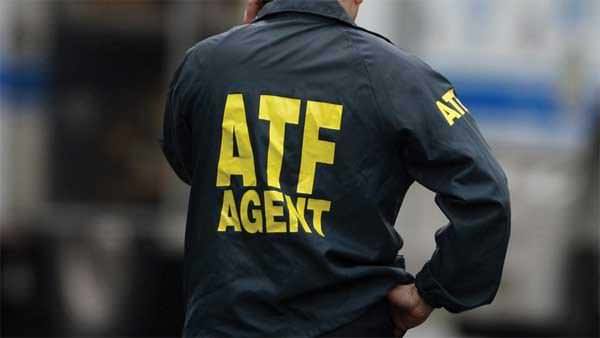 Last of Four Sentences Handed Down in Trumbull County Explosives & Firearms CaseOhio – -(AmmoLand.com)- Four Trumbull County men convicted in an ATF investigation have been sentenced in federal court. Donald Paul Phillips, age 28 of Mineral Ridge, was sentenced to 24 months in prison for two counts relating to the illegal manufacture and distribution of explosives, and one count of possessing firearms after a domestic violence conviction. Andrew Syacsure, age 31 of Niles, was sentenced to 4 months of home detention and 3 years of probation for one count of conspiring to manufacture and distribute explosives. Zachary Booth, age 30 of Warren, was sentenced to 3 years of supervised probation for one count of distributing explosives without an ATF license. And Donald Roger Phillips, age 50 of Mineral Ridge, was sentenced to 5 months of home detention, 3 years of probation, and a $1,000 fine for one count of possessing a firearm after a domestic violence conviction.  All four defendants pled guilty. According to court records: In early 2019, ATF agents learned that Zachary Booth was offering to sell homemade explosive devices.  ATF agents began an undercover operation and purchased 11 homemade explosive devices from Booth.  The devices appeared similar to large M-80 fireworks, but contained hundreds of times more flash powder than consumer ground fireworks. After further investigation, the ATF learned that Booth had obtained the explosive devices from Donald Paul Phillips.  ATF agents then used an undercover agent to make multiple purchases of the devices from Donald Paul Phillips outside his workplace in Niles. On May 2, 2019, ATF agents arrested Donald Paul Phillips at his workplace in Niles and found a handgun in his toolbox.  Phillips was prohibited from possessing a firearm or ammunition due to two prior convictions for domestic violence. Law enforcement also executed a search warrant at Donald Paul Phillips' residence in Mineral Ridge, where he lived with his father (Donald Roger Phillips) and step-mother.  During the search warrant, law enforcement found another handgun under Donald Paul Phillips' bed, and over a dozen firearms in a gun storage room immediately adjacent to his bedroom.  The firearms discovered in the gun storage room included multiple high-capacity magazines and a device that was later determined to be a silencer.  Law enforcement also found more than 500 homemade explosive devices in the breezeway of the home, and a loaded shotgun in Donald Roger Phillips's bedroom closet.  Donald Roger Phillips was also prohibited from possessing a firearm or ammunition due to a prior domestic violence conviction. ATF agents then conducted a search of Syacsure's home in Niles, and found evidence of explosives manufacturing in Syacusre's basement, which included workbenches, tubs of ingredients used to make flash powder, and empty cardboard fuses and tubes. In total, the ATF seized over 900 homemade explosive devices and over a dozen illegally possessed firearms during the investigation. The case was investigated by the ATF, with assistance from the Niles Police Department, the Weathersfield Police Department, and members of the Youngstown Bomb Squad.  The case was prosecuted by Assistant U.S. Attorney James Lewis. Columbus Field Division