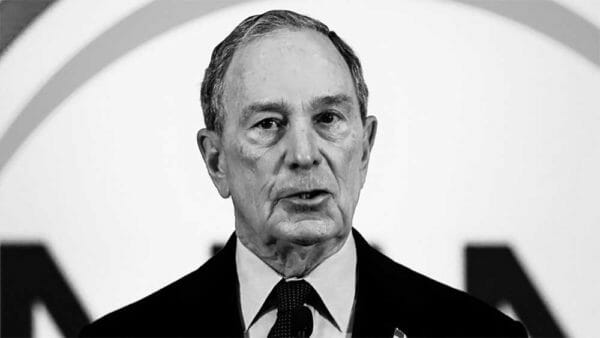 Michael Bloomberg Spends Big to Lie to AmericaFairfax, VA – -(Ammoland.com)- Earlier this month, Michael Bloomberg added to the quarter billion dollar tally he has spent pursuing the Democrat presidential nomination with an $11 million ad that aired during the Super Bowl. It was his highest-profile effort to date in a relentless media blitz meant to familiarize Americans with his name and a “life story” that is more PR ad copy than actual biography. But the ad was perhaps more revealing than Bloomberg intended, showing him to be long on dishonesty and emotional manipulation and short on facts and substance. Bloomberg himself barely appears in the 60-second commercial. Most of the airtime features the mother of an aspiring football player whose son was killed. There is no question that a grieving mother has a compelling emotional impact, and no one can blame the woman for wanting to tell her son’s story or to try to make a difference that will spare others a similar experience. What is blameworthy, however, is Bloomberg’s exploitation of the woman’s personal tragedy to intentionally mislead the public. While the woman described her loss, a graphic then appeared on the screen, stating, “2,900 CHILDREN DIE FROM GUN VIOLENCE EVERY YEAR.” There is nothing in the commercial that explains what policies Michael Bloomberg is promoting that would have prevented the family’s tragedy or that would prevent similar tragedies in the future. The ad gives no information on the circumstances of the son’s death, other than that someone shot him. But the obvious takeaway is that children like this young athlete are at a high risk of being killed, and only Michael Bloomberg has the moxie and know-how to stop it. It’s clear that Michael Bloomberg himself knows next to nothing about firearms. In fact, when he began his political career with a run for New York City Mayor in 2001, Bloomberg didn’t know how to answer a question about the Second Amendment because he didn’t know what it was. But even Michael Bloomberg knows that adults are not the same thing as children. And according to multiple media stories debunking his Super Bowl ad, his figure about “children” dying from “gun violence” inflates the number nearly 100% by including the high-risk category of 18- and 19-year-old adults. An article by FactCheck.org., for example, claims the misleading statistic is based on information from Everytown for Gun Safety, a gun-control group that is funded primarily by the billionaire Michael Bloomberg. Bloomberg’s “source,” in other words, is actually propaganda that he himself paid to generate. But even Everytown was more honest than the ad itself, claiming in a 2019 fact sheet, “Annually, nearly 2,900 children and teens (ages 0 to 19) are shot and killed … .” That figure that comes from averaging Centers for Disease Control Data from 2013 to 2017. FactCheck.org explains that when 18- and 19-year-old adults are omitted from the data, the figure drops to 1,499. So the Bloomberg ad nearly doubles the number of minors who succumb annually to gunshot injuries to come up with a figure for “children.” Again, these deaths are lamentable, but they are not what Bloomberg claims. What the ad did establish is that Michael Bloomberg cannot be trusted to tell the truth even on his own signature policy issue and that he will, in fact, spend huge sums of money to lie to the American public for his own political benefit.