Phillip Journey an Independent Running For 2020 NRA Board of Directors

Phillip Journey an Independent Running For 2020 NRA Board of Directors

Opinion by Phillip Journey
Phillip Journey is running for the 2020 NRA Board of Directors, please consider him for your vote when returning your ballot. 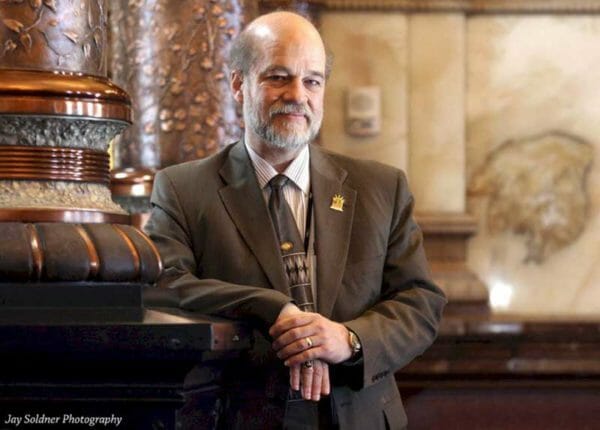 Phillip Journey an Independent Running For 2020 NRA Board of DirectorsUSA – -(AmmoLand.com)- Tribalism in its positive aspect can lead to social bonding helping keep individuals committed to the group, even when personal relations may fray. It can also lead to bullying when a member is unwilling to conform to the politics of the collective. Does that sound familiar to you? It has infected the body politic of our great nation at every level. It has become so ingrained in the political culture of the gun rights movement that it may be described as toxic. The hallmark of someone who is engrossed in toxic tribalism is that they unable to recognize the consequences of their conscious behavior. Persons identified with both tribes in the NRA, the pro-Wayne and anti-Wayne factions have engaged in behavior that is beneath them and our great organization. For those who may not be aware, I am employed by the State of Kansas as a District Court Judge. I have been elected 3 times in a district of 485,000 residents. Presiding over dozens of jury trials. Judges are bound by ethics rules. One of the primary rules is not to show bias or favoritism. To express how I would rule prior to hearing the evidence, obviously would be a violation of that principle. That is precisely what both tribes in the NRA demand of me. They ask for guarantees of future decisions and possible votes. I want to take this opportunity to promise the membership that I will work to gather facts and review the questions posed. I will vote to do what is warranted by the facts. To be sure, I am concerned about the future of the Right to Keep and Bear Arms. I was in Indianapolis at the NRA annual meeting. I have been attending Annual meetings since 1991. I have read dozens of press reports that contain allegations that can only be described as disturbing. Like many of you, I don’t trust the New York Times. I have read many of the court filings in the lawsuits between NRA and their vendors, former officers, and employees. I have reviewed copies of NRA IRS 990 filings for more than a decade. Before I went to law school I graduated with a degree in accounting. I understand the concerns expressed to me by innumerable NRA members. What I have read in the media, what I saw and heard at Indy, and what I know about the gravity of the threats faced by the NRA and the 2nd Amendment compelled me to return to the fray. The right to keep and bear arms is my sole motivation for seeking election to the National Rifle Association’s Board of Directors. I have resisted assimilation into either faction. I am running to represent the membership of the NRA. I have listened to the membership at over a dozen gun shows and gun club meetings in Kansas and Oklahoma, speaking with hundreds if not thousands of members since Indy. I will continue to do so. We share the same concerns. The demand that I express unqualified support for what the tribes define as “principles” or for or against and Wayne are imprudent at best. Such demands risk the very liberty we all cherish. After practicing law for over 30 years and over 5 years serving as a Kansas State Senator I came to the conclusion that Ross Perot was right about one thing, “the Devil is in the details.” A great concept can be horrible in its wording and execution. A wonderful idea is easily ruined by sloppy ambiguous drafting. It can be so poorly written that it becomes a violation of existing law or inconsistent with bylaws not changed in the proposal. The negative effects of unintended consequences that result from ill-conceived and poorly drafted proposals must be avoided. I will pledge now to work with all members to move forward to form a more perfect Association. I will work to improve NRA from competitions to youth development and turn back the multitude of 2nd Amendment infringing legislative proposals across our Nation. 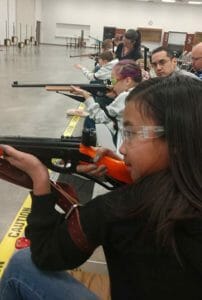 Kansas 4-H Rifle InstructorsWe must work to improve the public’s understanding of the 2nd Amendment. Every challenge must be answered with the truth. If we can move public opinion the politicians will follow. When our opponents lose public opinion they will lose elections. When we win elections the tide of legislation will turn. While this cannot be accomplished overnight I pledge to continue this struggle as I have since 1982 working in over 100 campaigns and 1,000 interviews in local, state and national media. While some can’t seem to find verification with their Google search of recent gun rights activity by me. Many of the things I do are not “newsworthy”. Helping my fellow Hunter Education instructors at the largest clinic in the United States and teaching conservation to more than 6,000 young hunters over the last decade or being a 4H rifle and pistol instructor for nearly a decade is in my view, more important than appearing on The Daily Show. I am proud of all our youth competitors and in Kansas, 4-H instructors turn out National Champions and the youngest person ever to shoot on the US Olympic team. We must redouble our efforts to bring youth into the shooting spots. If they enjoy the sport they will come to understand the issue. We must win the issue in every age group. During the 5 years I served in the Kansas State Senate I authored 30 bills enacted into law. They ranged on topics from sex offenders to DUI. The legislation I am most recognized for in my State the enactment of Statewide firearms preemption voiding hundreds of anti-gun municipal ordinances and shall issue Right to Carry. In enacting RTC I had to engineer the 1st successful override of a Governor’s veto in over a dozen years. Make no mistake; I did not do it alone. A majority of the Democrats in each chamber of the Kansas legislature voted with gun owners to override Democrat Governor Sebelius’ veto. Thousands of Kansans contacted their legislators, wrote letters to the editor and spoke to their friends and neighbors about liberty and the benefit of possessing the means to defend themselves and their families. As recently as 12 years ago about a third of NRA endorsed candidates were Democrats. While I have always been a Republican I knew they were an important part of the coalition when was I President of the Kansas State Rifle Association and a separate gun rights PAC. We must work to lift up pro-gun rights Democrats to create an insurgency within their party. They will also keep Republicans honest. 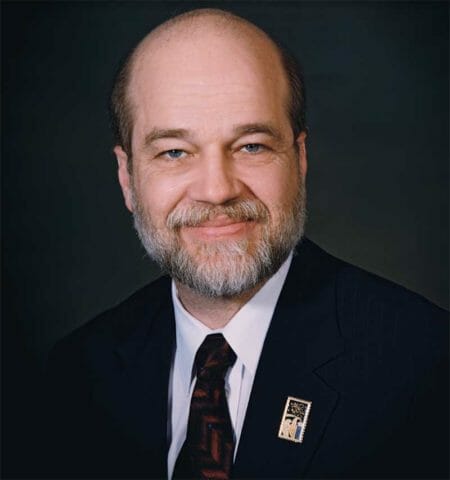 Phillip Journey is running for the 2020 NRA Board of Directors.I have tried to hit some of the high points, while incomplete; I have tried to express the most important points with the broadest concerns. I know the set of goals expressed here are going to be to some, pie in the sky and unreachable, and it may be so. Yet we must try. These are worthy goals and are attainable. I may be stepping into no man’s land on the NRA Board and be shot at by both tribes. I hope every voting member of NRA considers what has been said here and agrees with the proposition that having a board member that can be objective in addressing the profound questions facing the NRA and the 2nd Amendment is in the best interest of everyone concerned and they vote for me, Phil Journey, for the NRA Board of Directors.