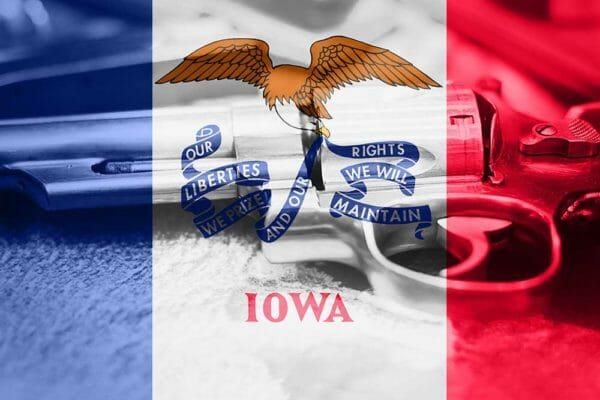 Iowa Gun Control, iStock-884220838U.S.A. –-(Ammoland.com)- House Study Bill 615 has been introduced in Iowa. The bill prevents local governments from making the improvement or construction of shooting ranges more onerous than existing state law. Section 1. NEW SECTION . 335.26 Shooting ranges. In approving the improvement of property acquired to establish, use, and maintain a new shooting range or in approving a substantial change to an existing shooting range pursuant to section 657.9, subsection 1, the county zoning commission, or if there is not a county zoning commission, the county board of supervisors, shall not require a person seeking approval to comply with any conditions relating to the establishment, use, or maintenance of the shooting range that are more stringent than those imposed by state law. The bill applies these standards to city zoning as well. Shooting ranges have been attacked by those desiring an unarmed population, in many states. The right to keep and bear arms is severely infringed upon if it is extremely difficult to find a place to shoot, teach others to shoot, and to maintain shooting skills. One of the most popular ways to attack the right to arms is to close down shooting ranges, often using the power of local zoning and local governments. As the population increases, the need for shooting ranges has increased and the pressure to shut down shooting ranges has increased as well. If the right to keep and bear arms is highly valued, innovative ways to provide for safe shooting ranges can and will be found. Shooting ranges for long-range rifle practice are found all over the small country of Switzerland. The ranges have an excellent safety record. In Illinois, the 7th Circuit Court of appeals has ruled access to shooting ranges is protected under the Second Amendment. The two rulings are known as Ezell I and Ezell II. From Ezell II: Addressing the “scope” question in Ezell I, we rejected the City’s argument that range training is categorically unprotected by the Second Amendment. We held that the core individual right of armed defense—as recognized in Heller and incorporated against the states in McDonald—includes a corresponding right to acquire and maintain proficiency in firearm use through target practice at a range.651 F.3d at 704. We explained that the core right to possess firearms for protection “wouldn’t mean much without the training and practice that make it effective.” Id. What was seen in Ezell II, is some cities are determined to infringe on Second Amendment rights.  In Ezell II, the Seventh Circuit Court of Appeals struck down more attempts to do so by Chicago. House Study Bill 615 in Iowa would prevent local governments from attacking Second Amendment rights of access to firing ranges. Only infringements by the State government would have to be guarded against. The state preemption statute currently protects firearms from local ordinances, regulations, or limitations which would otherwise be lawful under state law. The proposed reform would add protections for firearms modification, firearms attachments, or other weapons, to the protections for firearms. Here is the wording of the proposed new preemption: 2. A political subdivision of the state shall not enact an ordinance regulating the ownership, possession, legal transfer, lawful transportation, modification, registration, or licensing of firearms, firearms attachments, or other weapons when the ownership, possession, transfer, or transportation, or modification is otherwise lawful under the laws of this state. An ordinance regulating firearms, firearms attachments, or other weapons in violation of this section existing on or after April 5, 1990, is void. The law is designed to prevent a hodgepodge of local laws that would infringe on the right to arms. Nearly every state has a form of preemption statute for this purpose. HSB 615 strengthens Iowa's law considerably. Notably, it includes all weapons in the law, not just firearms. The Second Amendment includes all arms, not just firearms. Republicans hold majorities in both the Senate (32 of 50 senators) and the House of Representatives (54 of 100 representatives). Republican Kim Reynolds is the first female governor of Iowa. It remains to be seen if the Republican majority will support HSB 615. About Dean Weingarten: