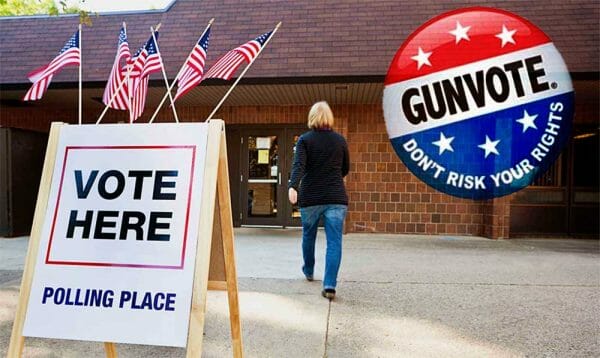 They Can’t Run A Caucus, But Want National Firearms Registration & LicensingUSA – -(AmmoLand.com)- The recent Iowa Democratic Caucus has gone off about as smoothly as a sheet of 24-grit sandpaper. Only 71 percent of results were initially reported nearly two days after the caucuses were held and there are still very few concrete answers, mostly questions remain. South Bend’s former Mayor Pete Buttigieg appeared to be holding the lead, just ahead of Vermont’s Sen. Bernie Sanders and Massachusetts’ Sen. Elizabeth Warren rounding out the top three.  Former Vice President Joe Biden trailed a distant fourth. Glimpse of Gun Bureaucracy American voters concerned about Second Amendment rights are watching, and the fiasco is demonstrating the party of gun control that wants to run national firearms registry and licensing schemes can’t even run their own election process. When it comes to firearms and the law-abiding Americans who own them, the Democratic party’s leaders are offering just more varying shades of the same gun control and rights restricting message. The Hawkeye State results are telling and show a stark choice for gun voters. None of the candidates placing in the top three have any respect for law-abiding gun owners. Each has made it their stated goal to enact onerous restrictions on Second Amendment rights and will attack the firearms industry. Where They Stand Buttigieg stated the president is partially responsible for criminal misuse of firearms, and among other goals supports universal background checks, a ban on so-called “assault weapons” and standard capacity magazines, and instituting “red-flag” laws that deny due process to citizens. Each of these solutions has been called “dubious” as none have shown how they’ll reduce crime. They will only infringe on the rights of those who follow the law. Sen. Sanders is running as far and as fast as he can from the views he once espoused. He voted for the Protection of Lawful Commerce in Arms Act (PLCAA). Just two weeks ago, though, the self-described democratic socialist said, “I certainly have changed” when it comes to guns. Sen. Sanders also favors a ban on modern sporting rifles and standard capacity magazines and wants a national universal background check system, which would only work if it included a national registry, which is forbidden by law. Sen. Warren, along with her general “plans” for every other issue offered the same on guns, stating numerous proposals, specifically looking to punish the firearms and ammunition industry by raising taxes on gun manufacturers, from 10 to 30 percent on firearms and ammunition from 11 to 50 percent. Warren also wants a national firearms licensing scheme, federal waiting period to purchase firearms, a ban on modern sporting rifles, suppressors and magazines, repealing PLCAA and hold exposing firearms company executives to jail time through her expanded definitions of negligence. Even fourth-place former Vice President Biden’s proposed gun control plan “would make the biggest changes to U.S. gun laws in decades,” including expanded universal background checks, a ban on modern sporting rifles and a requirement for “James Bond-style DNA and fingerprint match” in order to pull the trigger. Sliding under the radar was the anti-gun billionaire Michael Bloomberg, funder of Moms Demand Action and Everytown for Gun Safety. The former New York City mayor declined to play in Iowa caucuses and because of that, he’s able to stay above the fray, point to the mess and separate himself from the debacle. His campaign announced they were doubling their $300 million advertising buy, pushing the spending to over a half-billion to spread his gun control message. Get Out and #GUNVOTE Second Amendment voters across the country, supporters of the firearms industry, and the manufacturers, suppliers, and those working every day within the industry need to keep a watchful eye on the full results from Iowa, as well as what’s in store for the candidates as they compete in New Hampshire next week. That’s why NSSF offers the #GUNVOTE voter education initiative, so voters can know where the candidates stand, where to get registered to vote and where to find polling places. Iowa showed what’s at stake. These “top tier” candidates are collectively dismissive about lawful firearms ownership, the hard-working men and women producing the firearms Americans purchase and are advocating stripping law-abiding citizens of their God-given rights.