Opinion
https://www.youtube.com/embed/3OaF-j8x5Vc
USA – -(AmmoLand.com)- The ATF has issued new rules that will alter the format for Form 4473’s and make it easier to create a national gun registry. Here’s what we know. ATF agents have used annual inspections to electronically record the contents of Form 4473’s being kept by federal gun dealers. See here and here. We also know that a software company exhibiting its wares at the Shot Show in Las Vegas has crafted a system where ATF can take the contents of all the dealer’s Bound Book entries by simply capturing them on a thumb drive. The movie, Red Dawn, shows how the 4473 form can be used as a backdoor gun registry. In the movie, a Cuban commander orders an officer to obtain the 4473s from the sporting goods store, so the invading forces know who owns firearms. (The Bound Book entries contain all of the buyer's personal information and gun information which is on a Form 4473.) We know that billionaire “Midget Mike” Bloomberg has made Universal Background Checks/National Gun Registries the centerpiece of his $2 BILLION campaign for the presidency — presumably because, if everyone with a gun has a 4473, then everyone with a gun will be in the national gun registry being compiled by ATF, using its copies of 4473’s. And we know that the ATF is now trying to put the names of gun owners on the same page of the 4473 as the identifying information of the gun. See here. But if they’re successful with changing the 4473 in this way, it will be much easier for ATF to create a national gun registry by photographing paper documents. 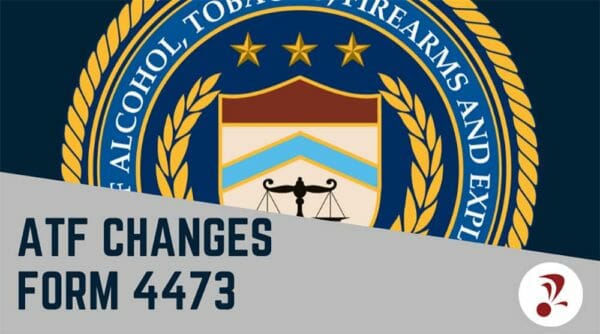 ATF Changes Form 4473So it appears that we have an answer to the almost inexplicable question of why ATF is crawling over glass now to reincarnate the format for the 4473 which was junked decades ago. This is, of course, one piece of the National Gun Registry strategy. But, given that ATF is required by law to receive comments between now and February 24, it is worth our time to let them know that we know what they’re up to. So please click here to urge our federal government to REJECT the proposed changes to the 4473 form. Again, let them know that bureaucrats shouldn’t be making it easier to register the firearms of law-abiding gun owners! In liberty, Michael Hammond
Legislative Counsel 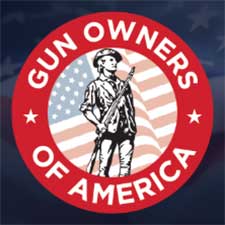 Gun Owners Of AmericaAbout Gun Owners of America Erich Pratt, or another GOA spokesman, is available for interviews. Gun Owners of America is a nonprofit lobbying organization dedicated to protecting the right to keep and bear arms without compromise. GOA represents over 1.5 million members and activists. For more information, visit GOA's Newsroom.