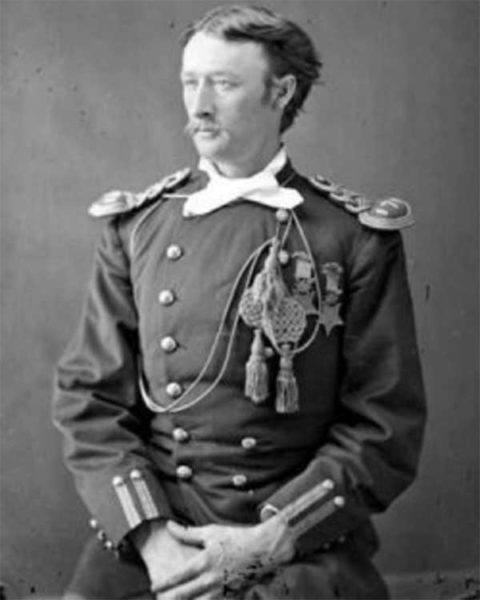 Army Capt. Thomas Custer wearing a dress uniform and two Medals of Honor poses for a photo.Thomas Custer was born March 15, 1845, in New Rumley, Ohio. He was six years younger than his more famous brother, whom he idolized, and he wanted to follow him into the military. When the Civil War broke out, Custer was only 16 and too young to join, so he lied about his age. He enlisted in the Army's 21st Ohio Volunteer Infantry in 1861. Custer took part in several battles in Tennessee and Georgia before being sent to perform escort duties on the staff of three generals until his unit was disbanded. When Custer reenlisted in 1864, he was promoted to second lieutenant and transferred to the 6th Michigan Cavalry, which served in Virginia. There, he worked on the staff for his brother, a brigadier general. He also fought in several campaigns, including the April 1865 Battle of Five Forks. His efforts there led to his battlefield promotion to brevet major. 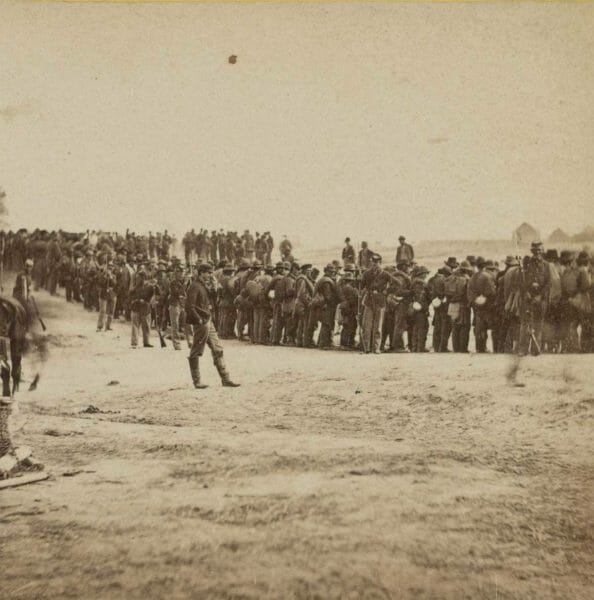 Confederate prisoners are guarded by Union soldiers after being captured by Gen. Philip Sheridan at the Battle of Five Forks, April 3, 1865, after the storming of Petersburg, Va.On April 3, 1865, Custer was leading a charge over an enemy barricade near Namozine Church in Virginia when he grabbed the Confederate flag out of the hands of its bearer. He also secured the capture of 14 prisoners. Three days later, Custer was at the Battle of Sailor's Creek in Virginia when he captured two more flags — one of which he stole while charging the color bearer on his horse. The animal was shot out from under him, and Custer was wounded in the face, but he managed to shoot and kill the enemy soldier to take the flag. Custer received a Medal of Honor for each of those actions. He was the first of 19 men to have earned the nation's highest military honor more than once. 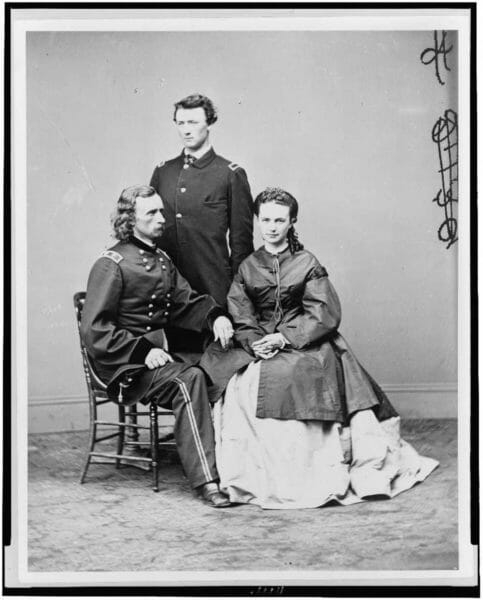 Civil War Union Army Gen. George A. Custer sits beside his wife, Elizabeth Custer. His brother, Lt. Thomas W. Custer, stands behind them, circa 1865.And if you're not sure why stealing flags warranted the Medal of Honor, here’s why. According to the National Cemetery Administration, Custer's actions took away the honor of two enemy regiments. Military regimental flags were considered highly significant during the Civil War, as they helped guide troop movements during chaotic battles. If a regiment's flag was lost or stolen, confusion set in that sometimes led to men on the same side shooting each other. The flags were also often made by the communities from which the regiments came, so they symbolized local pride and sentimentality. The taking of a flag brought shame to that regiment's soldiers. After capturing those flags, Custer wanted to keep fighting, but he was forced out of the battle due to his injuries, even though they weren't serious. He was sent to recover in a Virginia hospital. When the war ended, Custer stayed in the military. He was commissioned as a first lieutenant in the 7th U.S. Cavalry — where his brothers George and Boston were also serving — and fought in the Dakota and Montana territories. In 1875, Custer was promoted to captain and put in command of Company C. 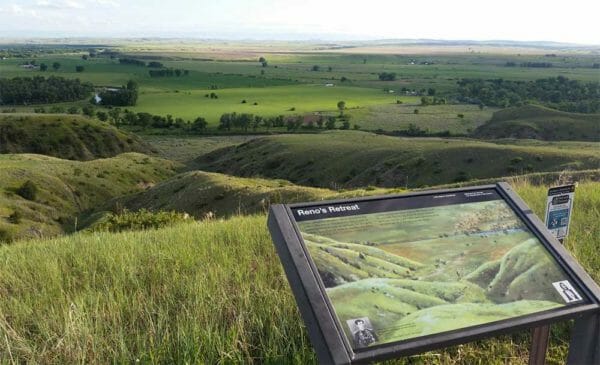 A plaque labeled “Reno’s Retreat” marks a spot at the Little Bighorn National Battlefield. In the background is a field of rolling green hills. Battlefield Road is a nearly five-mile, self-guided vehicle tour that takes visitors to the spot where the first shots were fired at the Battle of Little Bighorn, June 25, 1876. It’s where most of the U.S. 7th Cavalry Regiment was surrounded by the combined forces of several Northern Plains American Indian tribes. About 7,000 Lakota, Sioux, Cheyenne and Arapahos were camped in the Little Bighorn River Valley, near what is now Garryowen, Mont., when the cavalry led by Lt. Col. George Custer attacked them.Custer and his brothers died during the Battle of Little Bighorn on June 25, 1876. Often referred to as “Custer's last stand,” the short battle spearheaded by George Custer led to the deaths of nearly a third of the men of the 7th Cavalry, who were encircled and slaughtered by their enemy in less than an hour. The Custer brothers' bodies were found near one another on the battlefield. Thomas Custer was initially buried where he fell, but in 1877, he was reinterred at Fort Leavenworth National Cemetery in Kansas. That military post was the main supply depot for the U.S. military west of the Mississippi River. So now, when you think of Custer's last stand, you may remember there was more than one Custer involved.