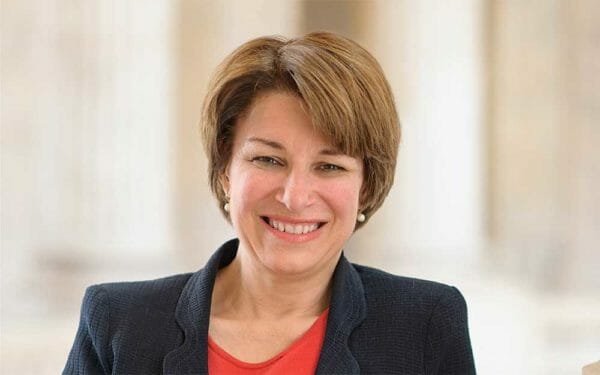 Amy KlobucharNevada – -(AmmoLand.com)- With the Nevada Caucus this weekend, we’re continuing our series of Democratic candidates and their anti-gun positions. Today I wanted to share Amy Klobuchar’s anti-gun agenda. While NVFAC PAC is a state PAC and we don’t get involved in federal elections, these will be the people setting the tone for the anti-firearms policies we will be opposing in this election and the next legislative session in Nevada. Amy Klobuchar Vows to: (directly from her website) Last year a red flag law was passed by the Nevada legislature, and now Amy Klobuchar (and many Nevada democrats) are vowing to increase funding for programs in Nevada and nationwide that can strip your constitutional rights without an opportunity to defend yourself before a judge or jury. Help us stand against these attacks on your rights. Click here to join the Caliber Club to pledge a monthly donation or click here to make a one-time donation to help us continue to oppose these efforts in Nevada. Thank you for your continued support of NVFAC PAC. For freedom,
Don Turner, President
Nevada Firearms Coalition PAC
Nevada Firearms Coalition PAC The Nevada Firearms Coalition-PAC was created as the political arm of the Nevada Firearms Coalition. Our mission is to support responsible, pro-gun policies and likeminded political candidates, and we will oppose all efforts to infringe on our 2nd Amendment Rights and candidates who support increased gun control. www.nvfacpac.org