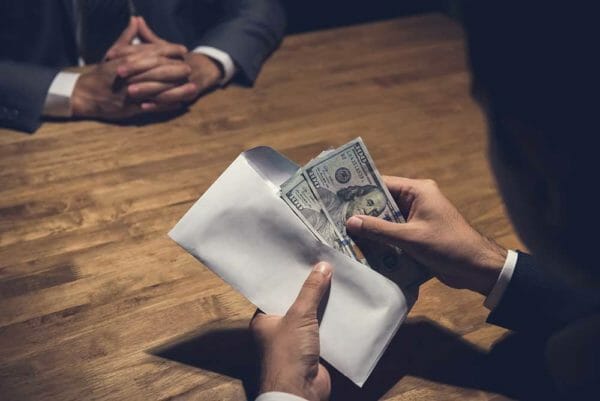 Bloomberg’ ‘Leveraged Buyout’ Of 2A Continues; Everytown Spends $8M In Texas, IMG iStock-KritchanutBELLEVUE, WA – -(AmmoLand.com)- Anti-gun billionaire Michael Bloomberg is continuing what appears to be an attempted “leveraged buyout” of the Second Amendment as Everytown for Gun Safety—the group he co-founded and bankrolled—has pledged to spend $8 million in Texas; just part of the $60 million that group has vowed to spend in order to elect anti-rights politicians this fall. That’s the observation from the Citizens Committee for the Right to Keep and Bear Arms. Former New York City Mayor Bloomberg, seeking to buy his way into the White House by running for president as a Democrat, has weaponized his vast wealth to buy an election. But CCRKBA Chairman Alan Gottlieb is reminding Bloomberg that the U.S. Constitution is not for sale. “Michael Bloomberg is spending a fortune on his Johnny-come-lately presidential campaign,” Gottlieb said, “but the one prize he really seems to want—a chance to turn America into his kingdom—will prove to be beyond even his financial reach. He’s tried to tell us what to eat, he’s tried to tell us how much soda we can drink and he has been unrelenting in his crusade to erase the Second Amendment from the Bill of Rights. “But Bloomberg can’t buy American liberty,” he continued, “because Americans aren’t willing to sell. He has amassed great wealth, but that doesn’t give him the right to say nobody else has any rights. And we’re certain that the more Bloomberg talks and the more he spends, the more people will realize this man should not be trusted with the future of the United States. “The Everytown Action Fund pledge to spend ‘at least’ $60 million to elect gun prohibitionists to public office at all levels should alarm, if not terrify, every American voter,” Gottlieb added. “This is the United States of America, not the United Kingdom of Bloomberg, and we should be wary of anybody willing to spend so much money in an effort to put people in office at all levels of government who are politically indebted to a single wealthy demagogue.” “If Mike Bloomberg thinks he sees a pricetag on America,” Gottlieb concluded, “he shouldn’t run for election, he should run to the nearest doctor for an eye exam, because he’s seeing something that isn’t there.”