By Graham Baates
YouTube personality, Graham Baates, goes over some of the basics of understanding a rifle scope. 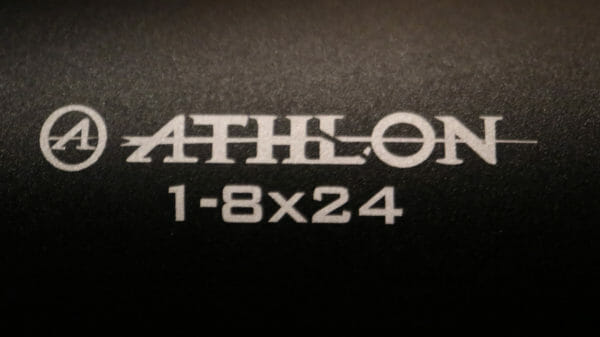 What does it all mean?USA – -(Ammoland.com)-  Selecting a rifle scope can be deceptively difficult.  Prices seem to have exponential variances and most people will tell you whatever they own is the best for their application.  Some brands are known for having a great warranty service, but we'd never have known about that if there weren't so many people using the service in the first place.  While I wish it were as easy as simply prescribing brand X, model Y it isn't.  Just as there is no universally “best” handgun, car, or even shoe that satisfies everyone's needs, there is no universally “best” rifle scope.  You can, however, have a better chance of selecting the right rifle scope by understanding them a little better.
https://www.youtube.com/embed/2nZ2K-xdu2g
By The Numbers: For many novice buyers the numbers either don't make sense, or they are simply drawn to the maximum magnification power they can afford.  That isn't always the best path.  Scopes are labeled with their magnification range and objective lens size.  For example, a 1-8×24 has a magnification range that begins at four power, goes up to 16 power, and has a 24mm objective lens.  Magnification is self-explanatory, but the importance of the objective lens is not so readily apparent.  The objective lens size impacts the potential field of view, but more importantly, it determines the size of the exit pupil. Think of exit pupil as the screen size of the tv that will show you your sight picture.  A larger exit pupil is easier to see from more positions, a smaller one requires your eye to sit in a more specific spot to see through the scope.  7mm has been determined by persons and authorities other than me to be the ideal exit pupil size.  To determine exit pupil size divide the objective lens size by the magnification power.  Following the example of our Athlon Optics Argos BTR Gen 2 1-8×24 the exit pupil at 1 power is 24mm and at 8 power it is 3mm.  Obviously, the scope is still usable at 8 power but will require more careful eye positioning and likely have less eye relief. 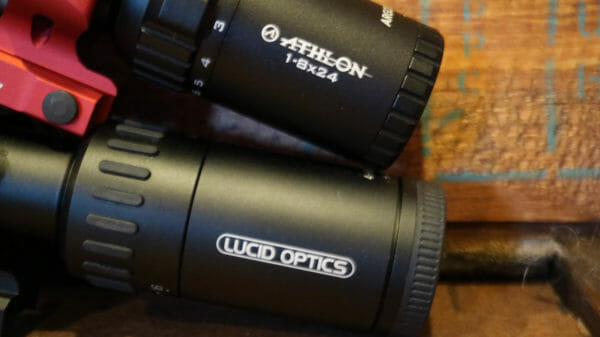 Understanding Your Rifle Scope: The BasicsOur other example from the video is the Lucid Optics L5 4-16×44.  At 4 power the exit pupil is a massive 11mm, at 16 power a tiny 2.75mm.  Is that still usable?  Yes, but will require very careful eye positioning to see clearly.  It's still quite acceptable when the scope is used for its intended purpose.  In theory, if one is using a scope at 16 power they are likely tightly focused on a target and have a stable shooting position.  This is even more true when you take a look at the tiny, but accurate 0.125 free-floating center aiming point of the L5. Lower powers with larger exit pupils are used for scanning and target acquisition. FFP or SFP: This description refers to the location of the reticle in the scope.  Most rifle scopes have their reticle on the second focal plane.  Having the reticle on the second focal plane means it does not magnify as the image does.  Your reticle will always be the same size.  For precision shooting, this is often preferred because it keeps the reticle small and unobtrusive.  The disadvantage is that any measuring or ranging capabilities of the reticle will only be accurate at one particular magnification power.  That power is usually at maximum magnification or near it and is typically marked.  On our Lucid Optics L5, it is at 16 power and marked with a small dot under the numbering.  In contrast, a first-focal plane scope has a reticle that magnifies with the picture.  The reticle's measurements will always be true, however, at lower magnification, they may be too small to see and at higher powers, the reticle may obstruct target view. The video above goes into more detail on exposed vs capped turrets, turret adjustments, and more.  Let us know what your experience has been and what your preferences are and why in the comments below.
About Graham Baates “Graham Baates” is a pen name used by a 15-year active Army veteran who spent most of his time in the tactical side of the Intelligence community including tours in Afghanistan and Iraq. Post-Army Graham spent some time in the local 3-Gun circuit before becoming a full-time NRA Certified defensive handgun instructor and now works as an industry writer while curating a YouTube channel on the side. Visit Graham on Youtube .