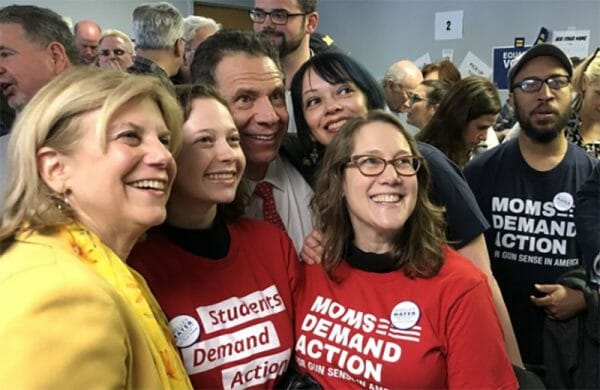 Governor Andrew Cuomo's Safe Act: A Work In Progress To Destroy The Second AmendmentNew York – -(AmmoLand.com)- Andrew Cuomo, the rabid anti-Constitutionalist Governor of New York, currently serving his third term in office, signed the New York Safe Act for more than seven years ago. Coming on the heels of the tragic Sandy Hook Elementary School shooting incident, occurring in Newtown, Connecticut in December 2012—and ostensibly because of it—Cuomo demonstrated to New York’s residents that he would be the first Governor out of the gate to dramatically increase his State’s already highly restrictive gun laws, and it became so. On his website, Cuomo describes the Hydra monster he unleashed on New York, thus: “The SAFE Act stops criminals and the dangerously mentally ill from buying a gun . . . and imposes the toughest assault weapons ban in the country. . . [but that] For hunters, sportsman, and law-abiding gun owners, this new law preserves and protects your right to buy, sell, keep or use your guns.” This is pure claptrap. The Arbalest Quarrel exposed the truth about Cuomo’s Safe Act and wrote extensively about it when first enacted and signed into law. We pointed out that Cuomo’s ambitions for disarming the public extend well beyond the confines of New York. He intends to make the Safe Act the model for restrictive gun laws throughout the Nation. We also pointed out that Cuomo has always intended for the Safe Act to be construed as a work in progress, not an end in itself. We concluded that, as with all anti-Second Amendment rights’ zealots, Cuomo would not rest until the Nation’s armed citizenry ceases to exist. The true scope of the anti-Second Amendment zealots’ agenda, as directed against the very idea of a “citizen army,” isn’t mere hyperbole. It is fact, and it is a critical step in the Collectivists’ goal to destroy the fabric of a free Constitutional Republic, along with the sacred, fundamental, immutable, inalienable rights and liberties of the American people that come with it. The sheer tenacity of Collectivists’ efforts to eliminate the exercise of the Second Amendment, and the feral ferocity they have unleashed in our Nation, has been on public display for at least the last three decades and continues. A constant reminder that Anti-Second Amendment Collectivist fanatics, such as Andrew Cuomo, thoroughly detest the Second Amendment. And will machinate and orchestrate behind the scenes, fanatically, frantically, tirelessly with like-kind—in the mainstream Press and in social media, in academia and in the technology, business, and financial sectors, in State Legislatures and in Congress, and in various Grassroots anti-Second Amendment groups and in segments of the medical community—to destroy it.