Cory A. BookerNew Jersey/United States – -(AmmoLand.com)- Candidates for U.S. President who are in the House or Senate often will introduce legislation that reflects their agenda. Senator Cory Booker, who dropped out in January, not even making the Iowa caucuses, did just that during his campaign. During his presidential run, Booker had a very bad platform on the Second Amendment, which regular AmmoLand readers should be familiar with. Much of the approbation centered not just on his support for banning modern multi-purpose semi-automatic firearms, but also for his support of corporate gun control. That being said, in the fall of 2019, after the AmmoLand News profile of his already awful positions on Second Amendment issues ran, Booker, made his platform worse. On September 10, 2019, he introduced S 2449, the Federal Firearms Licensing Act. It wasn’t enough to ban commonly-owned modern multi-purpose semiautomatic firearms. It wasn’t enough to “take down” the NRA, an organization representing millions of those who objected to the injustice of being punished for crimes and acts of madness they didn’t commit. It’s wasn't enough to even be a two-bit copy of Andrew Cuomo and try to muscle financial companies into adopting an anti-Second Amendment agenda. According to a release from his Senate office, Booker paints this as a “simple concept” akin to driving a car. But the comparison of buying a gun to driving a car is phony. For one thing, you don’t need a license to buy a car. Booker wants to require it to exercise the constitutional right to keep and bear arms. In one sense, a license to drive a car is more akin to a concealed carry permit. One big difference – no states have the temerity to try to refuse to honor another state’s driver’s license. Booker’s scheme, like the Blair Holt Firearm Owner Licensing and Record of Sale Act, treats those who wish to exercise their Second Amendment rights like common criminals. The process also gets repeated every five years. Oh, and you get checked on as well, with the Justice Department having the ability to revoke your license at any time. 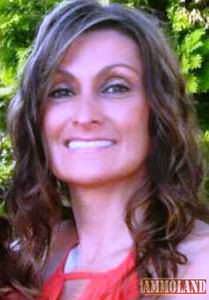 Carol BowneThat aside, his own release indicates Booker had more than licensing in mind. The application for a license includes, “the make, model, serial number” and information about the previous owner of the firearm someone wishes to purchase. In addition, the text of the bill adds this little nugget: One of the factors that can be used to deny a license is “any recent acquisition of firearms, ammunition, or other deadly weapons.” What we have here is a Senator who lacked either the honesty or the courage to admit he was also requiring at least partial registration of firearms. Keep in mind, registration has been the precursor to confiscation in England, Australia, and New Zealand. Second Amendment supporters have been wise to make civil disobedience their preferred course of action. For someone who claims to have seen the effects of gun violence even when serving as a tenant lawyer, Booker is remarkably unable or unwilling to figure out that New Jersey’s increasingly strict laws haven’t stopped crime. Project Exile, though, has been successful at reducing crime in the places where it runs rampant. We also should not forget that New Jersey’s licensing law cost Carolyn Bowne her life. His presidential bid has thankfully failed. But even as a Senator, he can still propose anti-Second Amendment legislation, and we need to make sure this legislation goes down in flames. Second Amendment supporters should contact their Representative and Senators and politely urge them to oppose this legislation and to instead support the Protecting Communities and Preserving the Second Amendment Act. About Harold Hutchison Writer Harold Hutchison has more than a dozen years of experience covering military affairs, international events, U.S. politics and Second Amendment issues. Harold was consulting senior editor at Soldier of Fortune magazine and is the author of the novel Strike Group Reagan. He has also written for the Daily Caller, National Review, Patriot Post, Strategypage.com, and other national websites.