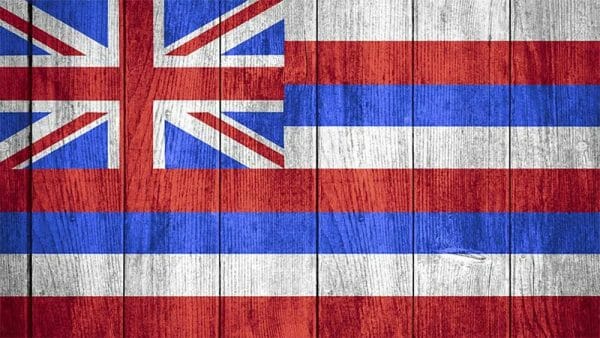 Aloha to Freedom: Hawaii Lawmakers Push Severe Ammo RestrictionsFairfax, VA – -(Ammoland.com)- In the last year, gun owners across the U.S. have watched in horror as California has rolled out its byzantine and unworkable ammunition restrictions. Since July 1, 2019, gun owners in the Golden State have been required to undergo a background check each time they purchase ammunition. The program has been a disaster. In December, the Sacramento Bee reported that tens of thousands of law-abiding Californians have been improperly denied ammunition purchases under the program, while only 101 were prohibited persons who were rejected. According to the report, “etween July 1 and November, nearly one in every five ammunition purchases was rejected by the California Department of Justice.” Not to be outdone, California’s neighbor to the left is seeking to outdo the Golden State tyrants with an even more intrusive scheme to harass law-abiding gun owners and ammunition buyers. In late January, Hawaii lawmakers introduced HB 2736. This legislation would mandate that an ammunition buyer proves to an ammunition seller that they own a registered firearm in the caliber they are seeking to purchase each and every time they buy ammunition. A firearm owner would have to show their firearms registration along with another form of government-issued photographic ID in order to complete the purchase. Gun owners would not be permitted to purchase ammunition in calibers that they do not own a registered firearm in. That means that a gun owner couldn’t pick up ammunition for himself and his friend who shoots a different caliber on the way to a hunting trip or a range. A son or daughter couldn’t pick up ammunition on the way to a gun-owning parent’s home in anticipation of some recreation shooting. The legislation would permit one “alternate person” to buy ammunition for a registered firearm. However, the owner of the firearm must designate this person as an “alternate person” with the government on the firearm registration form. The “alternate person” must undergo a background check and be fingerprinted. This “alternate person” would then be issued a permit to purchase ammunition for that firearm. Further, as gun owners are well aware, many firearms can use multiple calibers of ammunition. For instance, a .357-caliber revolver can typically be used with .38 Special. Other revolvers can chamber .45 Long Colt and .410 shotshells. Many AR-15 pattern rifles can use both .223 Remington and 5.56x45mm NATO. Firearms may have different barrels that can chamber different calibers, as is the case with separate upper receivers for an AR-15 or separate barrel sets for an over/under shotgun. In order to purchase different calibers based on a single firearm registration, there is another hoop Aloha State gun owners would have to jump through. The legislation states, A registered owner of a firearm may be issued a permit to purchase ammunition of a caliber that is not the caliber listed on the registered firearm by demonstrating to the police department in the registering county that the firearm is capable of firing a caliber of ammunition that is not the caliber listed on the registration of the firearm.  This permit shall designate which caliber of ammunition the firearm is capable of firing.  The registered owner of the firearm or their alternate person designated under subsection (f) may purchase ammunition, pursuant to section 134-   , that is the caliber designated under this subsection. A permit to purchase ammunition of a caliber that is not the caliber listed on the registration of the registered firearm under this subsection shall not last longer than three years. Mainland gun owners might be tempted to dismiss the woes gun owners face in America’s Pacific outpost. However, gun rights supporters would do well to follow the developments in Hawaii. With the favorable political climes of the Aloha State, anti-gun activists are revealing their gun control plans for the entire U.S.