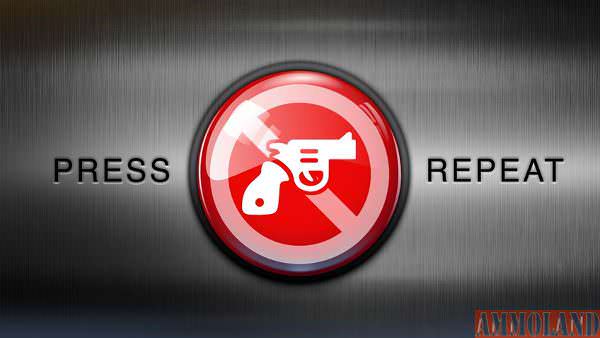 Politifact Gets is Wrong, Again & Again, on So-called “Universal” Background ChecksFairfax, VA – -(Ammoland.com)- The so-called “fact-checkers” at Politifact (a project of the Poynter Institute) continue to provide cover for one of the gun control effort’s most ridiculous talking points. These self-appointed arbiters of reality would have you believe that it is “True” when anti-gun advocates and politicians claim that the overwhelming majority of Americans support the criminalization of private firearms transfers – often sold to the public as “universal background checks.” In order to support their incorrect conclusion, these dubious truth seekers systematically avoid the best data on the subject – actual election results in states where this policy has been on the ballot. On February 20, Politifact published a piece that purported to fact-check a recent statement Sen. Amy Klobuchar (D-Minn.) made about the criminalization of private transfers. Klobuchar had said, “The majority of hunters now want universal background checks, the majority of Trump voters.” The outlet rated the statement “True.” The Klobuchar “fact check” came on the heels of a January 26 Politifact article on former South Bend, Ind. Mayor Pete Buttigieg. The former mayor had stated during a Fox News “town hall” event that “More than 80% of Republicans think we ought to at least be doing universal background checks.” The outlet rated this statement as “True.” Politifact has done other iterations of this same article. The outlet has fact-checked individuals on this topic ranging from Sen. Tammy Baldwin (D-Wisc.), who claimed a laughable 97 percent of gun owners favor the criminalization of private transfers, to obscure Milwaukee County Executive Chris Abele. To support rating these individuals’ statements as “True” or “Mostly True,” Politifact has relied solely on dubious polling figures. Consider what a poll is. It is an attempt to gauge the public or a segment of the public’s position on a particular matter by sampling a miniscule subset of the population. Polling is an inferior substitute for the often-impractical task of asking everyone their opinion on a topic – which is what happens in an election. Concerning what Americans think of the criminalization of private firearm transfers, there exists real data collected from real voters in real elections on real policies. Those seeking to determine the public’s opinion on the topic need not resort to figments of reality when actual reality is right in front of them. It is probable that the insistence on using polling data when superior electoral data exists stems from the fact that the latter is far less favorable to gun control supporters. In 2016, gun control supporters asked Maine voters to vote for Question 3, which would have required background checks on private firearm transfers. Mainers rejected the measure 52 to 48 percent. That same year, an unlawful ballot measure asked Nevadans to support the criminalization of private transfers. The poorly constructed measure barely passed – 50.45-49.55 percent. In 2014, Washington voters approved the deeply-flawed I-594, which imposed a background check requirement on even some of the most innocuous conduct involving firearms. More popular than the other initiatives, the measure still only passed 59-41 percent. The New York Times addressed the severe divergence between polling on this policy and the real-world election results in a March 24, 2018 item titled, “Support for Gun Control Seems Strong. But It May Be Softer Than It Looks.” The author noted, “While a wide range of gun control laws appear popular in polls, support may soften once details emerge and they’re subjected to a robust political debate.” Politifact’s insistence on repeatedly covering similar statements on the criminalization of private transfers while avoiding the best evidence available could give a cynical observer the impression that the outlet is not seeking to fact-check such statements at all. Rather, such an observer might conclude that Politifact is deliberately working to defend and advance an easily disprovable anti-gun factoid.