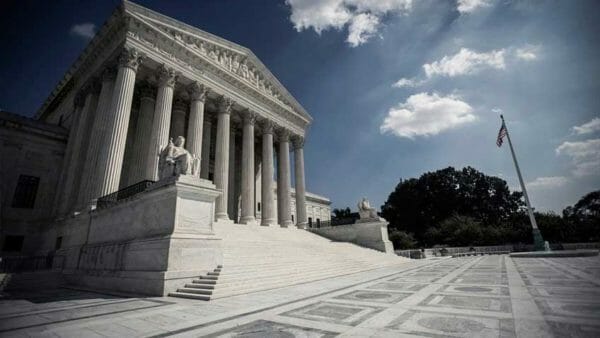 U.S. Supreme Court Image NRA-ILAU.S.A. –-(Ammoland.com)- In 2019, in response to a single criminal act, faced with intense media pressure, resulting in political pressure, the Bureau of Alcohol, Tobacco, Firearms, and Explosives, (BATFE) moved to ban bump stocks. They did so, claiming bump stocks were machine guns, contrary to numerous findings they had made over the last several decades. The new regulation was challenged in the courts. The first case to be appealed to the Supreme Court was filed in the District of Columbia. On 2 March, 2020, the Supreme Court denied a writ of certiorari, the legal term to say they declined to hear the case. The Supreme Court declines to hear most cases. Very often, justices do not comment when writs of certiorari are denied. The doctrine the United States Court of Appeals for the District of Columbia used to uphold the regulation is called the Chevron doctrine. It essentially says bureaucracies may interpret vague laws to make specific regulations. Justice Gorsuch, the first justice appointed by President Trump, felt compelled to write a brief statement explaining why the Supreme Court did not grant certiorari. Here is his statement in its entirety. From supremcourt.gov: Statement of JUSTICE GORSUCH. Does owning a bump stock expose a citizen to a decade in federal prison? For years, the government didn’t think so. But recently the Bureau of Alcohol, Tobacco, Firearms and Explosives changed its mind. Now, according to a new interpretive rule from the agency, owning a bump stock is forbidden by a longstanding federal statute that outlaws the “possession [of] a machinegun.” 26 U. S. C. §5685(b), 18 U. S. C. §924(a)(2). Whether bump stocks can be fairly re-classified and effectively outlawed as machineguns under existing statutory definitions, I do not know and could not say without briefing and argument. Nor do I question that Congress might seek to enact new legislation directly regulating the use and possession of bump stocks. But at least one thing should be clear: Contrary to the court of appeals’s decision in this case, Chevron U. S. A. Inc. v. Natural Re-sources Defense Council, Inc. 467 U. S. 837 (1984), has nothing to say about the proper interpretation of the law before us. 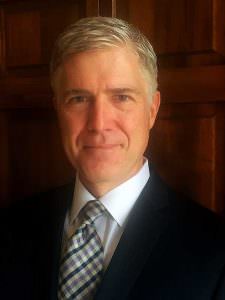 Judge Neil GorsuchIn the first place, the government expressly waived reliance on Chevron. The government told the court of appeals that, if the validity of its rule (re)interpreting the machinegun statute “turns on the applicability of Chevron, it would prefer that the [r]ule be set aside rather than up-held.” 920 F. 3d 1, 21 (CADC 2019) (Henderson, J., concur-ring in part and dissenting in part) (noting concession). Yet, despite this concession, the court proceeded to uphold the agency’s new rule only on the strength of Chevron deference. Think about it this way. The executive branch and affected citizens asked the court to do what courts usually do in statutory interpretation disputes: supply its best in-dependent judgment about what the law means. But, in-stead of deciding the case the old-fashioned way, the court placed an uninvited thumb on the scale in favor of the government. That was mistaken. This Court has often declined to apply Chevron deference when the government fails to invoke it. See Eskridge & Baer, The Continuum of Deference: Supreme Court Treatment of Agency Statutory Interpretations From Chevron to Hamdan, 96 Geo. L. J. 1083, 1121– 1124 (2008) (collecting cases); Merrill, Judicial Deference to Executive Precedent, 101 Yale L. J. 969, 982–984 (1992) (same); see BNSF R. Co. v. Loos, 586 U. S. ___ (2019). Even when Chevron deference is sought, this Court has found it inappropriate where “the Executive seems of two minds” about the result it prefers. Epic Systems Corp. v. Lewis, 584 U. S. ___, ___ (2018) (slip op., at 20). Nor is it a surprise that the government can lose the benefit of Chevron in situations like these and ours. If the justification for Chevron is that “‘policy choices’ should be left to executive branch officials ‘directly accountable to the people,’” Epic Systems, 584 U. S., at ___ (slip op., at 20) (quoting Chevron, 467 U. S., at 865), then courts must equally respect the Executive’s decision not to make policy choices in the interpretation of Congress’s handiwork. To make matters worse, the law before us carries the possibility of criminal sanctions. And, as the government itself may have recognized in offering its disclaimer, whatever else one thinks about Chevron, it has no role to play when liberty is at stake. Under our Constitution, “[o]nly the people’s elected representatives in the legislature are authorized to ‘make an act a crime.’” United States v. Davis, 588 U. S. ___, ___ (2019) (slip op., at 5) (quoting United States v. Hudson, 7 Cranch 32, 34 (1812)). Before courts may send people to prison, we owe them an independent determination that the law actually forbids their conduct. A “reason-able” prosecutor’s say-so is cold comfort in comparison.That’s why this Court has “never held that the Government’s reading of a criminal statute is entitled to any deference.” United States v. Apel, 571 U. S. 359, 369 (2014). Instead, we have emphasized, courts bear an “obligation” to determine independently what the law allows and forbids. Abramski v. United States, 573 U. S. 169, 191 (2014); see also 920 F. 3d, at 39–40 (opinion of Henderson, J.); Esquivel-Quintana v. Lynch, 810 F. 3d 1019, 1027–1032 (CA6 2016) (Sutton, J., concurring in part and dissenting in part). That obligation went unfulfilled here. Chevron’s application in this case may be doubtful for other reasons too. The agency used to tell everyone that bump stocks don’t qualify as “machineguns.” Now it says the opposite. The law hasn’t changed, only an agency’s interpretation of it. And these days it sometimes seems agencies change their statutory interpretations almost as often as elections change administrations. How, in all this, can ordinary citizens be expected to keep up—required not only to conform their conduct to the fairest reading of the law they might expect from a neutral judge, but forced to guess whether the statute will be declared ambiguous; to guess again whether the agency’s initial interpretation of the law will be declared “reasonable”; and to guess again whether a later and opposing agency interpretation will also be held “reasonable”? And why should courts, charged with the independent and neutral interpretation of the laws Congress has enacted, defer to such bureaucratic pirouetting? Despite these concerns, I agree with my colleagues that the interlocutory petition before us does not merit review.The errors apparent in this preliminary ruling might yet be corrected before final judgment. Further, other courts of appeals are actively considering challenges to the same regulation. Before deciding whether to weigh in, we would benefit from hearing their considered judgments—provided, of course, that they are not afflicted with the same problems. But waiting should not be mistaken for lack of concern. Waiting should not be mistaken for a lack of concern. That seems to be the main thrust of Justice Gorsuch's message. In the last paragraph, he agrees with his colleagues that this stage of the proceedings is not the appropriate time for them to take the case. His indication that other courts are considering the same question indicates the issue is far from decided. It is interesting the executive branch did not claim the Chevron doctrine to justify the bump stock ban, and the DC appeals court insisted on applying it to the case. Did the U.S. executive branch set the case up to fail? Second Amendment supporters have been waiting for the courts to uphold Second Amendment rights for decades. They were happy to see some movement with the Heller decision, and then, in 2010, the McDonald decision. A decade passed with the Second Amendment being relegated to second class status by numerous appeals courts. Justice Gorsuch's message indicates he understands some of the frustration many Second Amendment supporters feel about the lack of the Supreme Court's willingness to uphold the rule of law. It is a positive sign.
About Dean Weingarten: