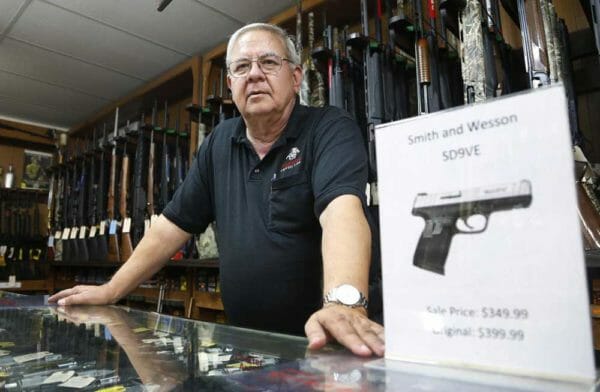 ATF Rescinds Michigan CPL ExemptionU.S.A. –-(Ammoland.com)- Last week, Michigan FFLs received a letter from the federal Bureau of Alcohol, Tobacco, and Firearms (ATF) notifying them that a Michigan CPL will no longer be exempt from the NICS check when purchasing a firearm. This applies specifically to FFL dealers, not to private party sales. There is also no impact on RI-10 purchase permits. While CPL holders are used to this simplicity in purchasing firearms, it has only been allowed since 2006. Many Michigan gun shops ran the NICS check anyway, despite the CPL, during this time. The ATF has recommended the NICS check as a best practice to reduce liability exposure. The ATF letter is vague in a lot of respects. It references that the agency received information from the FBI that Michigan CPLs continue to be issued to people prohibited under federal law from possessing firearms including those convicted of misdemeanor domestic violence and those using marijuana. There is no other specific reasoning given. There are theories that the ATF's change in position is because MSP hasn't been doing NICS checks on CPL applicants but there is no evidence supporting that. It is important to note that the marijuana issue continues to create questions among Michiganders. There continues to be a lack of legal clarity on the issue of having a CPL and a medical marijuana card. Part of this confusion is because despite medical and now recreational use of marijuana being legal in Michigan, both uses are still illegal on a federal level. According to federal law, marijuana is still considered a controlled substance. It is neither clear nor certain whether a state law permitting lawful use would protect someone facing federal charges. This is because the ATF has been inconsistent in its application of standards to states with marijuana laws. There is no evidence that the recent recreational statute (MRTMA) is behind the ATF's reasoning. On the domestic violence issue, Michigan law does not provide a lifetime ban on obtaining a CPL for misdemeanor domestic violence. Instead, it has an 8-year prohibition. We will continue to keep you posted on this issue.

About MCRGO: The Michigan Coalition for Responsible Gun Owners is a non-profit, non-partisan organization. Formed from just eight people in 1996, we now have thousands of members and numerous affiliated clubs across the state. We’re growing larger and more effective every day.Our mission statement is: “Promoting safe use and ownership of firearms through education, litigation, and legislation.” For more information, visit their website.