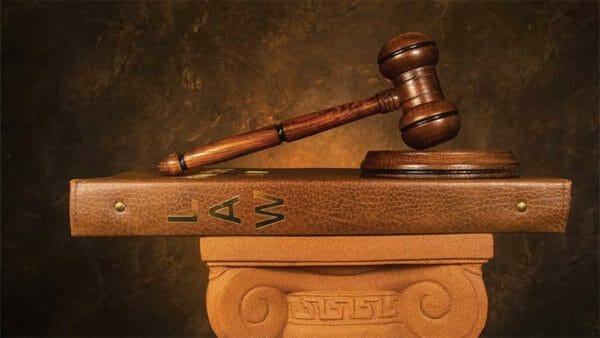 Lawyers’ Professional Standards Group Promotes Gun Control Over Protecting Rights IMG nra-IlaUSA – -(AmmoLand.com)- How many lawyers does it take to… stop me if you have heard that joke before? Sadly, what the American Bar Association (ABA) has done recently is no laughing matter. Apparently, currying political favor is more important to the ABA than fulfilling its core mission. The ABA recently ramped up its attempts to restrict lawful gun ownership and further stigmatize the firearm industry. The association, which sets professional and academic standards expected of those practicing law, recently adopted three resolutions that abandon core American liberties. The ABA’s mission is, “To serve equally our members, our profession and the public by defending liberty and delivering justice as the national representative of the legal profession.” Despite that, the association passed resolutions on so-called “ghost guns,” firearm permits and mandatory firearm storage requirements. Take another read of that mission statement, especially the part about defending liberty. It’s curious that there’s no mention of publicly advocating for the erosion of Constitutional rights. Yet, this is exactly what they’re doing. The ABA has long been against the rights of gun owners and touts that it has been a “leader on the issue of gun violence” for over 50 years. Standing Committee Against Guns The ABA’s Standing Committee on Gun Violence will take tax-deductible donations and work on its’ “evidence-informed policy, education, and advocacy.” This one-sided political activism flies in the face of the ABA’s own mission – to serve members equally. There is, for example, no ABA Standing Committee for Advancing and Protecting the Second Amendment.  The ABA fights fiercely to protect other rights not actually written in our Constitution. Resolution 107A focuses on “ghost guns” and urges the government to criminalize the sale or transfer of an unfinished frame or receiver. The proposal presents so-called “ghost guns” as a growing threat and argues that they are being increasingly used by people who cannot legally possess or buy firearms (criminals).  This flawed proposal will only target law-abiding citizens who have long enjoyed the right to make their own firearms, which has always been legal for law-abiding individuals. The second resolution asks that law enforcement officials require gun permit applicants to apply in person, be fingerprinted and have both a criminal records and background check completed. This is step one to a registry for law-abiding firearm owners and is a severe burden on gun owners. It’s alarming the association of lawyers would advocate for the government to maintain lists of Americans who choose to exercise their civil rights. The only presumption of the maintenance of these “lists” is that these law-abiding citizens are potentially dangerous and must be monitored. All that, they argue, just for exercising a God-given right protected by the Constitution. Imagine the (justifiable) outcry if the government kept lists of those that exercised other constitutional rights? Justice Clarence Thomas, in dissent of a denial of certiorari petition, noted that the Second Amendment is treated with less dignity than other constitutional rights. Unconstitutional Storage Laws Mandatory storage laws, their third proposal, prescribed by the government will not increase safety.  The firearm industry has long championed the safe and responsible use and storage of firearms. For example, for over 20 years the NSSF, on behalf of our industry, has partnered with over 15,000 law enforcement agencies in every state and U.S. territory, to distribute over 38 million firearm safety education kits including a free cable-style gun lock.  We recognize that there isn’t a “one size fits all” prescription. Having the government mandate what must be done to secure a firearm strips the individual firearm owner from making their own responsible choice for their situation. The resolution requires firearm owners to meet these requirements but doesn’t state how the government would confirm whether a gun owner is in compliance with the law. It is not unreasonable to think that this proposal would, in fact, erode public liberty by leading to unreasonable search and seizure of law-abiding citizens.  The Supreme Court in its landmark Heller decision held that the District of Columbia’s mandatory storage law was unconstitutional. The only saving grace from the ABA’s announcement was from Darin Scheer, a delegate from Wyoming who states that he didn’t believe it was a “core function” of the ABA to consider Second Amendment issues. Scheer is correct. He might have more success in proposing a revision to ABA’s mission statement than actually getting them to focus on it. Given the ABA’s chosen course of destroying, instead of upholding Constitutional rights, a more honest mission statement might read; “To serve equally our members, our profession and the public by defending liberty and delivering justice as the national representative of the legal profession, so long as those members don’t value their individual, God-given right to keep and bear arms.”