Joe Biden picked up endorsements from gun-banning Everytown for Gun Safety and the Brady gun control group.U.S.A. –-(Ammoland.com)- The Minneapolis Star Tribune is reporting a surge in carry permits with a record 301,268 now active in the state, with more than 51,400 issued in 2019, while on the national scene, Michael Bloomberg’s Everytown for Gun Safety has endorsed Joe Biden for president, cementing his anti-gun credentials. Biden won the Minnesota primary March 3. In Minnesota, the current number of carry permits is more than double the number reported in March 2013, when there were 125,300 in circulation, according to data in the Star-Tribune. It seems to reflect a trend that has been happening in other states where new gun controls are either being proposed, or imposed, either by state legislatures or—in the case of Washington State—billionaire-backed gun control initiatives. 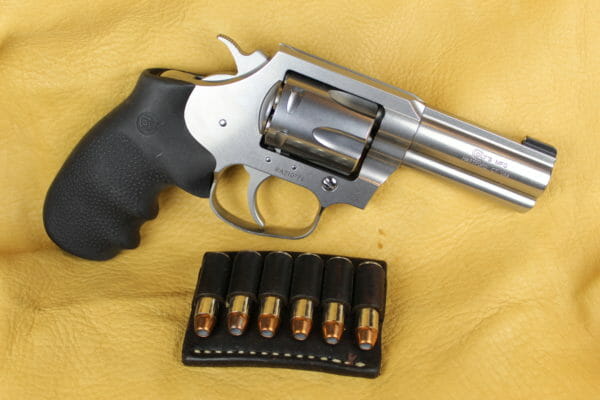 Increasing numbers of citizens, including those in Minnesota, are obtaining permits and licenses to carry. (Dave Workman photo)Out in the Evergreen State, the Department of Licensing reported 650,825 active licenses, up more than 3,500 in just the past month. Over the past 12 months—since March 2019—the number of active Washington State CPLs climbed more than 37,900 and so far this year, 4,481 new licenses have been added. Yet, Washington is considered a “blue” state, dominated by the vote in liberal Seattle and along the I-5 corridor. The farther away one gets from that stronghold, the more red one finds the political landscape in the Evergreen State. It remains to be seen just how far Everytown’s Biden endorsement will bring often-lethargic gun owners into the fray. According to the Associated Press, the endorsement is “the latest sign that Bernie Sanders’ spotty record on guns may be weighing him down in the presidential primary.” Biden’s record isn’t “weighing him down” at all with the gun control lobby, it appears. Instead, it seems to be joining them at the hip, according to rights activists. As noted by Alan Gottlieb, chairman of the Citizens Committee for the Right to Keep and Bear Arms, “Everytown President John Feinblatt told the Associated Press that Biden’s gun control record is clear. Biden supported the Brady Bill in 1993, he opposed the Protection of Lawful Commerce in Arms Act, and he’s backed every gun control measure to ever come along. “Joe Biden has never been a friend to gun owners or the Second Amendment,” he added. “Everytown’s endorsement cements Biden’s Second Amendment assault credentials.” As noted by the Associated Press, “Biden also has run ads highlighting his work on gun control measures, and on Sunday he received the endorsement of another gun control group, the Brady Campaign.” Biden has made a habit of telling audiences, “I've taken on the NRA and defeated them twice.” It’s become part of his “I’m the only guy on this stage who has” argument for his candidacy. These are the kinds of endorsements that should have a negative impact on the growing number of citizens who are licensed to carry, and that goes in states other than Minnesota, where the primary was held March 3. Like Minnesota, Washington gun owners have been facing a variety of new gun controls, most of which did not pass. However, lawmakers did create a new “Office of Firearm Violence Prevention,” which critics worry will become a taxpayer-funded gun control bureaucracy. In Minnesota, according to the newspaper, lawmakers are considering so-called “universal background checks” and “red flag” laws. If those measures pass, gun control history suggests anti-gunners will come back for more. Democrats will gather for their 2020 nominating convention in July. Between now and then, there is little doubt Biden will continue expanding his gun control horizons. That bothers Second Amendment advocates like Gottlieb. “There is nothing subtle about this endorsement,” he said of the Everytown announcement. “When Bloomberg left the campaign trail, and subsequently threw his considerable wealth behind the former vice president, the writing was on the wall that Bloomberg will do everything in his power to put Joe Biden in the White House. As we saw in Virginia last year, buying elections has become Bloomberg’s stock in trade, except when it comes to his own failed candidacy.” Everytown’s Action Fund announced earlier it will spend $60 million during the 2020 election cycle to put more gun control candidates in office. It will come down to a significant grassroots effort to counter that, and in a pinch, gun owners have been known to pull it off. Meanwhile, Sen. Bernie Sanders should not be discounted. He may be behind, but he can wield considerable influence, and his faithful followers may be in no mood to take another back seat as they had to do in 2016. RELATED: Beto Will Be Biden’s Gun Grabbing Point Man; ‘It’s War,’ Says CCRKBA About Dave Workman