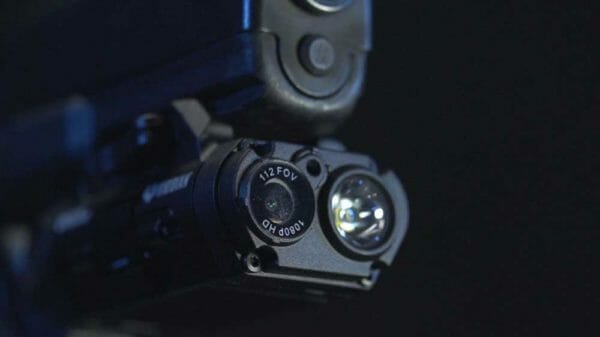 Another Texas Police Department Implements Viridian Gun CamerasU.S.A. –-(Ammoland.com)- The Decatur, Texas Police Department has deployed the FACT Duty Weapon-Mounted Camera (WMC) in the field. Police Chief Rex Hoskins, Captain Delvon Campbell and officials from Minnesota-based Viridian Weapon Technologies will give a short news conference on the impact of the new technology. The news conference will take place at 10:00 AM at the Decatur Conference Center (Great Hall) located at 1910 West US HWY 380, Decatur, Texas 76234. Decatur’s announcement comes on the heels of a high-profile trial in Vernon, Texas just last month. For the first time, footage from Viridian’s gun camera was used in an officer-involved shooting (OIS) trial, and a jury quickly convicted the defendant of aggravated assault with a deadly weapon on a public official. The WMC provided the critical evidence in the case by showing the defendant pointing a sawed-off shotgun at Vernon Police Corporal T.J. Session during an exchange of gunfire in which both Corporal Session and the defendant were shot and wounded. “The Weapon-Mounted Cameras now in use by our department better prepare them for the dangers and realities facing police officers today,” said Decatur Police Chief Rex Hoskins. “The FACT Duty provides a perspective different from any other cameras available today. We saw this when we first learned of the cameras, and last month’s trial in Wilbarger County was very compelling reinforcement on why we want it for our officers.” Viridian has created an important category for law enforcement with the introduction of the Weapon-Mounted Camera. This distinctive camera provides an unobstructed view of critical use-of-force events from the end of the firearm, addressing limitations officers can face with body cameras. “The decision by Chief Hoskins and other law enforcement agencies across the country further demonstrates the need for our FACT Duty gun camera,” Viridian President and CEO, Brian Hedeen, said. “Our technology can be a supplement or alternative to body cameras as a mandatory evidentiary tool to provide the critical evidence of a subject’s actions at the time a police officer is forced to make the split-second decision to pull the trigger.” The highly advanced WMC employs a 1080p full-HD digital camera with a microphone and 500 lumen tactical light. Viridian’s proprietary INSTANT-ON technology automatically activates the camera and microphone whenever the officer draws the firearm from its holster. Not only does this eliminate risk of failure to manually turn on the camera during a critical event, but it also keeps the officer from fumbling with cumbersome equipment. About Viridian Weapon Technologies

Headquartered in Minneapolis, Minnesota, Viridian Weapon Technologies is devoted to applying cutting-edge technology to design compact, powerful self-defense products for the civilian, military and law enforcement markets. Viridian is the leader in weapon-mounted technology and responsible for a number of firearm innovations including green and red laser sights, LED weapon-mounted illuminators and several shooting accessories including the TacLoc® Holsters. Viridian products are designed and built in the USA. More information is available at ViridianWeaponTech.com.