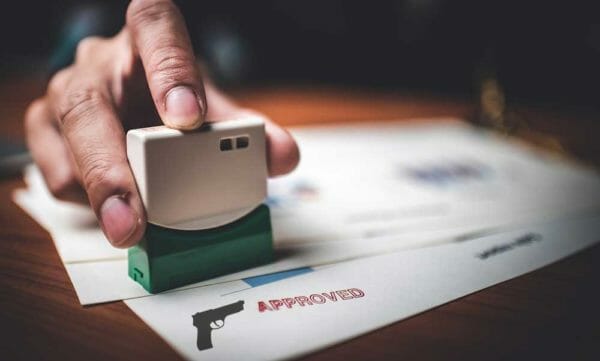 Alabama Gun Owners Take a Stand Over Firearms Permission-Slips iStock-greenleaf123USA – -(AmmoLand.com)- There is often some disagreement about the best way to carry a gun in public. Some gun-owners are adamant about open-carry and some believe concealed-carry is best. Regardless of your position, most gun-owners agree that the decision should be left to the gun-owner. The state of Alabama has been having a longtime debate over this very topic but it doesn’t seem to be focused on how guns should be carried as much as it is around the topic of a state-issued permit. The state believes that if you conceal your gun, you should pay a fee, but if everyone can see it, no fee is necessary. At least that’s what they want the topic of discussion to be about. Some would argue, the State’s efforts to keep the concealed-carry permit is really about money. Recently, the Alabama Senate Judiciary Committee approved a bill to eliminate the concealed-carry permit, essentially making Alabama a constitutional-carry state, should it become law. Members of the group Moms Demand Action for Gun Sense in America, an organization that lobbies for laws which violate the rights of American citizens and put them in danger by stripping them of their ability to defend themselves, were on hand to experience the miserable defeat as their dishonest gun-restriction policy failed. Eddie Fulmer, President of BamaCarry, Inc. a gun-rights group who seeks to return gun-rights and freedoms to the intent of the original founders, explained exactly where this bill is and what Alabama gun-owners can expect. Fulmer explained how this fight for freedom in Alabama has been a bone of contention for quite some time. “We have had a bill in the Senate for the last 7 years,” Fulmer said. The bill eliminates the requirement of the concealed carry permit which will prevent Alabamians from having to run to the government for a permission slip to protect themselves. It will also protect good people from becoming criminals should their license expire. Although anti-gun groups like Moms Demand Action push the dishonest narrative that pistol permits are needed to keep people safe because of the background checks required, the truth is, their agenda is really built on creating as many roadblocks for law-abiding citizens as possible. A 2016 DOJ study shows us that 93% of criminals surveyed acquired guns illegally and never went through a background check. That’s a study the Demanding Moms consistently overlook because they don’t want to admit that law-abiding citizens are the real targets for gun control. The Alabama bill to remove the concealed-carry permit is called Senate Bill 1. It was filed in 2019 and passed out of the Senate judiciary committee. Eddie Fulmer says, “for the first time in 2020 we now have a companion house bill that has over 25 co-sponsors on it.” It will go to the floor of the Senate and Fulmer believes it will pass the Senate. Next, it will go to the House but expectations are not quite as promising. It seems that a big part of the battle for permits may be more about the revenue they generate in Alabama than the safety concerns. 800,000 permit holders put up approximately $15,500,000-$16,000,000 in fees to stay in compliance with the gun law. Gun-owners don’t believe their rights should be violated for the state to fund its budget. As a side note, it was legal in Alabama to carry a handgun in a vehicle without a permit until 1957. The civil rights movement caused a dramatic change in the way the state allowed its citizens to carry firearms at that point. That original bill did not receive the customary 3-month delay at the time. It went into effect immediately upon the Governor’s signature. Some would argue that the 1957 law that prohibited pistols in a vehicle without a permit was enacted under racial bias. Eddie Fulmer says, “BamaCarry is a firm believer that no law-abiding citizen should be required to have a permission slip from their government to exercise their right of self-defense.” The 2nd Amendment is not a privilege. It’s your right.

Dan WosAbout Dan Wos, Author – Good Gun Bad Guy Dan Wos is a nationally recognized 2nd Amendment advocate and Author of the “GOOD GUN BAD GUY” series. He speaks at events, is a contributing writer for many publications and can be found on radio stations across the country. Dan has been a guest on the Sean Hannity Show, NRATV and several others. Speaking on behalf of gun-rights, Dan exposes the strategies of the anti-gun crowd and explains their mission to disarm law-abiding American gun-owners. www.goodgunbadguy.net