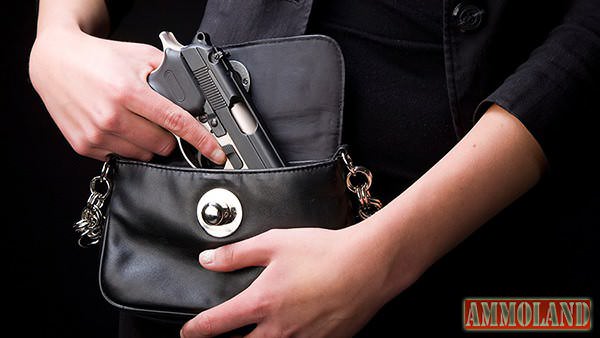 Alabama: Speaker Announces Support For Lifetime Permit BilFairfax, VA – -(Ammoland.com)- House Speaker Mac McCutcheon sent a letter to the Alabama Sheriffs Association (ASA) voicing his support for passage of the lifetime carry permit bill (HB 39) in this year’s legislative session. “All of the ideas proposed over the last several years have come together in this piece of legislation. The time has come to put to rest all of the problems with the present system and bring uniformity to the state by passing HB 39 this legislative session,” noted Speaker McCutcheon. NRA and law-abiding gun owners thank Speaker McCutcheon for taking this strong stance to promote self-defense rights in Alabama.  HB 39 was heard in the House Public Safety and Homeland Security Committee today with the NRA voicing strong support for the bill while several sheriffs and the ASA testified against giving you the choice of a lifetime permit.  The vote on HB 39 can be as soon as the next committee meeting, so please contact your state representative asking them to SUPPORT HB 39.

House Bill 39, sponsored by Representative Proncey Robertson, creates a new statewide, uniform system to provide lifetime permits for qualified applicants at a cost of $200. For state residents over 65, the fee drops to $150. Unfortunately, the sheriffs packed the Public Safety and Homeland Security Committee room today to once again try to derail this pro-self-defense legislation.  But let’s be clear – their opposition is not about public safety.  Their opposition is driven by power, control, and money. One sheriff was heard earlier in the day, “we never wanted that anyway” when it was pointed out that HB 39 would provide the potential fix to the NICS background check bypass that was stripped from permittees last year.  What this sheriff obviously meant was they never wanted law-abiding permittees to have the background check exemption in the first place.  Again, some sheriffs will not fight to defend your rights, but instead, they will scheme to destroy your freedom to protect their power, control, and money. Well, some sheriffs got what they wanted.  The ATF pulled Alabama’s exemption to the NICS background check after an investigation revealed that sheriffs were handing out permits to prohibited persons without conducting the required checks. “Because county sheriffs have issued conceal carry permits without completing a full NICS check, firearms have been transferred to felons and other prohibited individuals in violation of federal law thereby creating a substantial public safety concern,” the ATF stated when pulling the exemption from all Alabama permits in July of last year. But it doesn’t end there.  Another sheriff even bragged that they currently rescind permits for non-prohibiting factors, such as arrests.  So in some cases, some sheriffs were issuing permits to felons while at the same time, others were stripping individuals of their permit without a prohibiting conviction. It’s time to stand up for the right to self-defense and creating a system that isn’t based on the arbitrary whims of individual sheriffs.  Please let your elected officials know that you want HB 39 passed this session.  Today’s testimony and comments by the sheriffs illustrate why HB 39 is so critically needed. Don’t let them take this option from you!  Press the “Take Action” button now to let your representative know that you want HB 39 to pass. Again, please contact your state representative and ask them to SUPPORT HB 39.