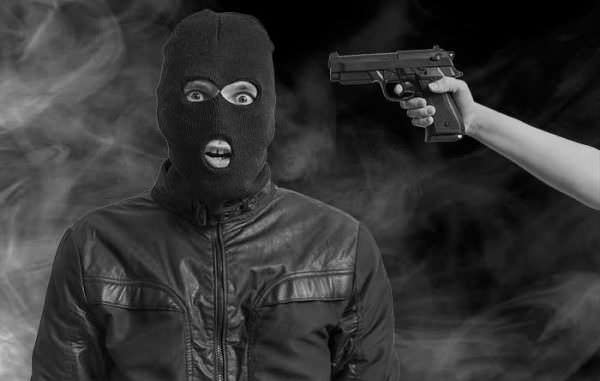 Friends and Strangers and Robbers- More Self Defense Gun Stories ~ LISTENU.S.A.– (Ammoland.com)- You didn't see this news covered by the mainstream media, but again this week, responsible gun owners defended themselves and the people they love. Self-defense instructor Robyn Sandoval joins the Self Defense Gun Stories Podcast to look at four new examples. Were these gun owners lucky, or were they well trained? (20-minute audio) These victims saved lives because they had a gun..and good habits. http://traffic.libsyn.com/dgustories/sdgs187.mp3First story-  Are you armed when you visit your girlfriend? Your girlfriend asks you to come over. There is a problem between your girlfriend’s sister and her boyfriend. You get to their home and hear them fighting. She said he came into her home and smashed things. He says he didn’t. She asks him to leave. They argue through the door. You hear a gunshot, and your girlfriend’s sister stumbles back from the door. Her boyfriend comes through the door with a gun in his hand and the gun is pointed at you. You’re armed. You shoot our attacker and he steps back outside. You lock the door and call 911. You also holster your gun. Then you and your girlfriend treat her sister who was shot in the chest. You stay at the scene, and all three of you give statements to the police. EMTs take the wounded woman to the hospital. The wounded man outside was pronounced dead at the scene. Second story- Are you armed as you go shopping? You’re walking across the Walmart parking lot at 10:30 on a Saturday morning. You hear a man yell. At first, you think he was struck by a car in the parking lot, but then the driver gets out of the car and starts beating the pedestrian with a baseball bat. The attacker is wearing a mask over his face, and he continues to hit the victim on the ground with the bat. You have your Indiana carry permit. You’re armed. You shout for the attacker to stop as you draw your firearm. The attacker stops beating the victim, looks at you, and runs for his car. You let him go. You holster your firearm and call 911. You try and help the victim. EMTs take the victim to the hospital where he is treated for life-threatening injuries. Police chase the attacker across two counties before he is stopped. You give a statement to the police. The police said the attacker didn’t know the victim. Tag- No shots fired. Third story- Are you armed as you travel? You’re done eating and you walk across the parking lot to get on your motorcycle and leave. Four men walk up to you, an adult and three teenagers. They tell you to hand over the keys to your bike, your wallet, and your phone. You’re armed. You move your jacket out of the way and put your hand on your gun. Your attackers run away. You take out your phone, dial 911, and stay at the scene. You give a report to the police when they arrive. Later, the police ask you to look at four suspects, where you identify your four robbers. Tag- No shots fired. Forth story- Are you armed after work? It is after midnight, early on a Monday morning. You’re with a co-worker after work. You sit in her car talking as the car warms up. Two young men come up to her window and point a gun at both of you. They say to hand over your money and phones. You say your wallet is in your car. You open the door, step to your car, and grab your firearm. You shoot your armed attacker until he drops his gun. Both of your attackers run from the parking lot. You stay there with your friend and call the police. You both give a report. The police find your wounded attacker nearby and EMTs take him to the hospital. Your attackers are charged with felony robbery and each one is held on a 25 thousand dollar cash bail. Links and text of the discussion at the podcast webpage.

About Rob Morse Rob writes about gun rights at Ammoland, at Clash Daily, and on his SlowFacts blog. He hosts the Self Defense Gun Stories Podcast and co-hosts the Polite Society Podcast. Rob is an NRA pistol instructor and combat handgun competitor. Contact Robyn Sandoval at www.agirlandagun.org/ and at www.dcproject.info.