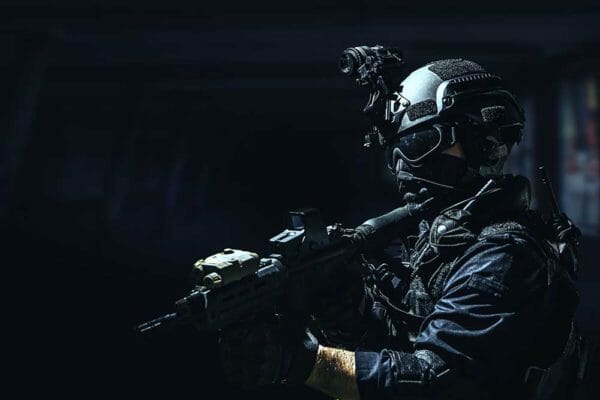 Maryland Man Killed by Police During High-Risk WarrantPotomac, Maryland –-(Ammoland.com)- On Thursday at 4:30 AM, a police Special Operations Division Tactical Unit executed a “high-risk” search warrant at the Potomac Maryland house of 21-year-old Duncan Socrates Lemp. During the raid, police shot and killed Lemp. Potomac is a wealthy suburb of Washington DC. It is located on the Potomac River in Montgomery County. The town has a low crime rate. It is one of the safest places in the DC area. Sources close to the investigation said that this was a “no-knock” raid. In this type of raid, police do not knock and instead break down the door to gain entry into the home. The thinking is that by using the element of surprise, it lessens the risk on the officers serving the warrant. Others believe that a no-knock raid increases the danger because the occupants could mistake the police for home invaders. There have been no-knock warrants served on the wrong houses in the past that lead to the police shooting innocent homeowners and homeowners shooting police. The police received a complaint that Lemp had possession of firearms even though police say he was prohibited from owning guns. It isn't clear as to why Lemp was prohibited from possessing firearms. A search for a criminal history record for Lemp only returned traffic tickets. Lemp was active on social media. He was an active Three Percenter and libertarian who frequented Reddit and the infamous image message board 4Chan. He was a strong proponent of the Second Amendment and Cryptocurrency. Friends described him as fiercely pro-American with a deep respect for the US Constitution. Police say that Lemp confronted them and forced an officer to open fire, killing him. Local law enforcement representatives would not give details anymore on the raid or how Lemp confronted officers. The family disputes police claims. “Lemp was prohibited from possessing firearms and detectives were following up on a complaint from the public that Lemp, though prohibited, was in possession of firearms,” police said in a statement released to the press. “Detectives recovered three rifles and two handguns from the residence.” Among the guns recovered by police were a Glock 26 and an IWI Tavor X95. Police did not release the other makes and models of the firearms that they claim that Lemp had in his possession. The family insists that the police shot Lemp as he was sleeping in bed. They say that the bullet that struck Lemp came through the window from outside of the house. Lemp shared the house with his 19-year-old brother and parents. They insist that the police did not give any warnings to the family. Rene Sandler, an attorney for the Lemp family, says that the family is sure the shots came from outside. She states that it was not a flashbang that penetrated the window, as some have speculated. Sandler said that the family had been traumatized by the police action led to the death of Duncan Lemp. She said that the family wants to see everyone involved in the killing be brought to justice. “We believe that the body camera footage and other forensic evidence from this event will support what Duncan's family already knows, that he was murdered,” the lawyer's statement said. Howard County, which neighbors Montgomery County will be investigating the shooting to determine whether it was justified or not. The Howard County attorney’s office did not respond to our request for comment.
About John Crump