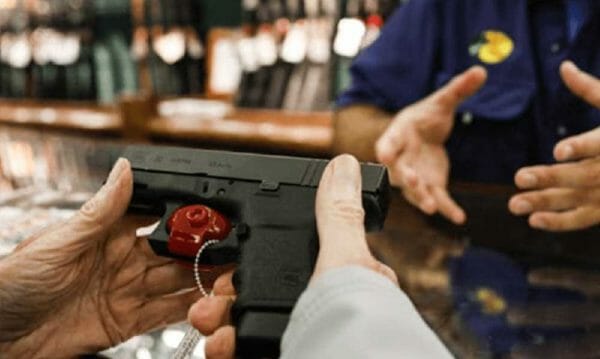 Bellingham WA to Give Mayor Power to Ban The Sale And Carrying of GunsBellingham, Wash –-(Ammoland.com)- With the rise of COVID-19 (Novel Coronavirus) cases across the country many cities, states, and even the federal government has been passing measures to help their citizens in their time of need. Even bitter political enemies have put aside their vast differences to do what is right for the country. Democratic Socialist Rep Ilhan Omar even praised Trump for his “incredible and the right response” to the virus outbreak. Where some people have put aside their political differences for the good of the country, others have used the crisis of our time to push their anti-gun agenda under the smokescreen of fighting the virus. One of the hardest-hit states by the virus is Washington. Seattle is the West Coast ground zero of the COVID-19 outbreak. An hour and a half north of Seattle is the city of Bellingham there is a proposed “emergency” ordinance to deal with the novel coronavirus. The proposal will give Democrat Mayor Kelli Linville the unprecedented authority to restrict city resident's right to bear arms. The proposal would allow the mayor to issue an order “requiring the discontinuance of the sale, distribution, or giving away of firearms and/or ammunition for firearms in any or all parts of the city.” The ordinance will give the mayor the power to order gun stores to immediately shut down until she deems the crisis over. She will also be able to order stores that are not primarily a gun store to remove firearms and ammunition from their shelves. The decision of which stores that law enforcement would shut down would be the mayor's call. Since the once in a lifetime pandemic hit the shores of the country, gun and ammunition sales have exploded in every corner of the US. A large portion of these sales is to first-time gun owners. It appears that people are now waking up to need to take responsibility for their own safety. A lot of these new gun owners used to be in the anti-gun crowd. The ordinance gives the mayor the authority to directly violate the Constitutional rights of the citizens of the city. She will also be able to ban the carrying of firearms within the city limits. Of course, police officers will be exempt from the ordinance. The ordinance deems the restrictions as “necessary to protect public health and safety.” Mayor Linville isn't the first government official to try to use the novel coronavirus as an excuse to remove people's right to bear arms. Mayor Deborah Frank Feinen of Champaign, Illinois has granted herself the power to ban guns. Mayor Feinen says she always had the power to ban firearms and other things like alcohol in emergencies. She stated the ordinance is just enumerating her right to violate other people's rights. She said it is to “protect the welfare and safety of our community if needed.” New Orleans Mayor Latoya Cantrell also jumped on the anti-gun bandwagon. She used the COVID-19 outbreak to issue an executive order to grant herself the power to ban the sale of guns. The Mayors in question say these ordinances are not about banning firearms. That raises the question if they are not about banning guns and the sale of firearms, then why include those powers in the ordinances?
About John Crump