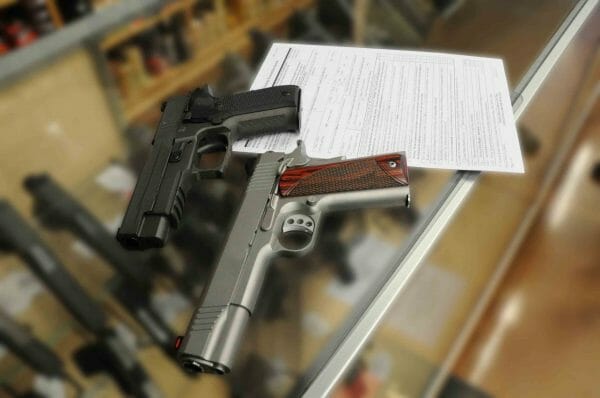 GOA to FBI: Don’t Shutdown America’s Ability to Purchase FirearmsU.S.A. –-(Ammoland.com)- As COVID-19 continues to spread and Americans continue to purchase firearms for self-defense, the FBI will need to maintain the National Instant Check System (NICS). Current wait times are already higher than ever before as unprecedented numbers of purchases have flooded the system. With no clear end in sight, Gun Owners of America has sent a letter to the FBI, urging them to maintain the system so Americans can exercise their 2nd Amendment right and defend themselves and their loved ones. From GOA: Gun Owners of America sent a letter to the Federal Bureau of Investigation (FBI) urging the agency to avoid breakdowns in the National Instant Check System (NICS). “Currently, the COVID-19 pandemic is revealing and exacerbating the underlying constitutional infringements with the NICS system. If state or federal governments do not remain open, then Americans will be denied their Second Amendment-protected right to purchase firearms,” GOA’s Senior Vice President Erich Pratt wrote. “The long-term solution is for Congress to repeal this law. But in the short-term, the federal government is faced with a choice: ignore the Brady Transfer Date, thus intimidating gun stores into denying Americans their rights, or reallocate resources so that Americans will not be denied their rightfully purchased firearms.” The letter also requests that the Justice Department revoke the Bureau of Alcohol, Tobacco, Firearms and Explosives’ (ATF) letters that were sent to Alabama, Minnesota and Michigan, which exempted concealed carry permit holders from NICS. “Gun Owners of America has always believed that the NICS federal background check system is unconstitutional because it infringes the Second Amendment rights of Americans… In times of uncertainty, the right to keep and bear arms is more important than ever. The Second Amendment cannot simply be put on hold because of COVID-19, any more than can the First or Fourth Amendments. Accordingly, we would urge [the FBI] to take the appropriate steps to ensure that Americans can acquire firearms during this time of need,” Pratt concluded. The letter can be viewed here: GOA Letter to FBI Re NICS March 24 2020 Erich Pratt, or another GOA spokesperson, is available for interviews. Gun Owners of America is a nonprofit grassroots lobbying organization dedicated to protecting the right to keep and bear arms without compromise. GOA represents over two million members and activists. For more information, visit GOA's Press Center.
About Gun Owners of America

Erich Pratt, or another GOA spokesman, is available for interviews. Gun Owners of America is a nonprofit lobbying organization dedicated to protecting the right to keep and bear arms without compromise. GOA represents over 1.5 million members and activists. For more information, visit GOA's Newsroom.