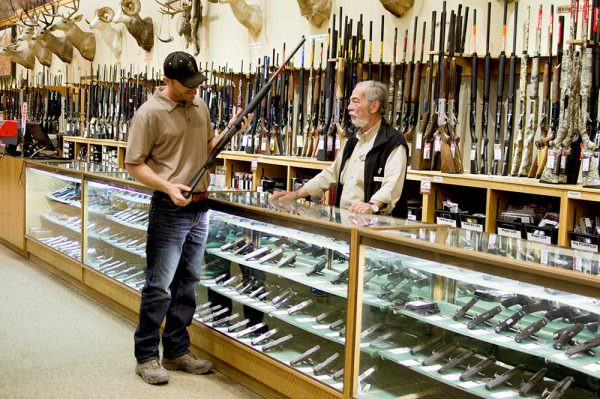 Federal Government Must Designate Gun Stores as “Essential” BusinessesSpringfield, VA – -(AmmoLand.com)- Gun Owners of America (GOA) and Gun Owners of California (GOC) have released a letter today formally requesting that the Cybersecurity and Infrastructure Security Agency (CISA), which operates under the U.S. Department of Homeland Security, declare that the firearms industry and retail gun stores are “essential” businesses. CISA recently issued a national advisory entitled Guidance on the Essential Critical Infrastructure Workforce: Ensuring Community and National Resilience in COVID-19 Response. The GOA/GOC letter is in response to CISA’s invitation of March 19, 2020, to propose modifications to that Guidance. Signed by GOA’s Senior Vice President Erich Pratt and GOC’s Executive Director Sam Paredes, the letter states “GOA and GOC urge you to modify that Guidance to include in the list of critical infrastructure the Firearms Industry — those businesses which manufacture and sell firearms, ammunition, and accessories, and repair firearms, and related businesses, that together provide and maintain the necessary tools to Americans to protect themselves and their families, and to serve as part of the unorganized militia of the United States. 10 U.S.C. § 246.” Although the language in the CISA Guidance is specific to the Defense Industry, it does not, however clearly protect the Firearms Industry. As noted in the letter, this industry “is a central component of the munitions industry and has served an essential role in the founding of the nation, and the preservation of freedom here and around the world.” As such, many jurisdictions throughout the country have affixed arbitrary conclusions to the Guidance that quite clearly, trample on an individual’s Second Amendment rights. The letter can be viewed here.

Erich Pratt, or another GOA spokesperson, is available for interviews. Gun Owners of America is a nonprofit grassroots lobbying organization dedicated to protecting the right to keep and bear arms without compromise. GOA represents over two million members and activists.