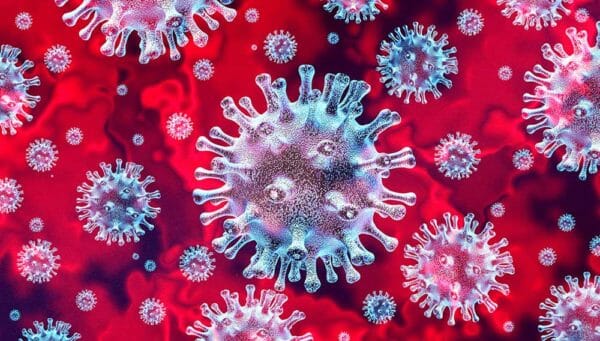 N.J. Police Test Positive, Quarantined; ‘Why We Sued To Open Gun Stores’: SAF ~VIDEOBELLEVUE, WA — -(AmmoLand.com)- Published reports that some 700 New Jersey police officers have tested positive for the coronavirus and are quarantined underscores the importance of the Second Amendment Foundation’s lawsuit to require the state to open gun stores, the group said today. “This is exactly why the Foundation lawsuit to force New Jersey to re-open gun stores during this emergency is so important,” said SAF founder and Executive Vice President Alan M. Gottlieb. “People need to be able to obtain the means of self-defense in times such as these. This is why the right to keep and bear arms is essential.” The revelation by acting State Police Superintendent Col. Patrick Callahan came Saturday during a daily press briefing on the COVID-19 outbreak. “This stunning report should surprise nobody,” Gottlieb said, “because police interact daily with scores, if not hundreds of people. It would defy odds if none became infected, and assurances by the authorities that they still have the manpower to respond to emergencies don’t mean much to people when crimes are happening right now and police are several minutes, or longer, away. “Gov. Phil Murphy needs to understand the Second Amendment wasn’t written for duck hunters,” he observed. “The right to keep and bear arms is enshrined in the Constitution to assure every citizen has the means to defend himself or herself when help may not arrive in time, or maybe not arrive at all. “We’re praying for the quick recovery of all those stricken Garden State police officers,” Gottlieb said, “and hoping for the safety and good health of all men and women in law enforcement. But in the meantime, we will press our lawsuit to assure that all citizens can defend themselves and their families during this time of crisis. “Phil Murphy has around-the-clock protection,” Gottlieb noted, “but average citizens do not enjoy that luxury. The governor needs to lift his closure order now, and we will press our lawsuit to make sure he does.”
https://www.youtube.com/embed/TWDLjZGhmYU?start=43