Defender Coffee, The Coffee Company That Give All Profits To 2A Rights

Defender Coffee, The Coffee Company That Give All Profits To 2A Rights 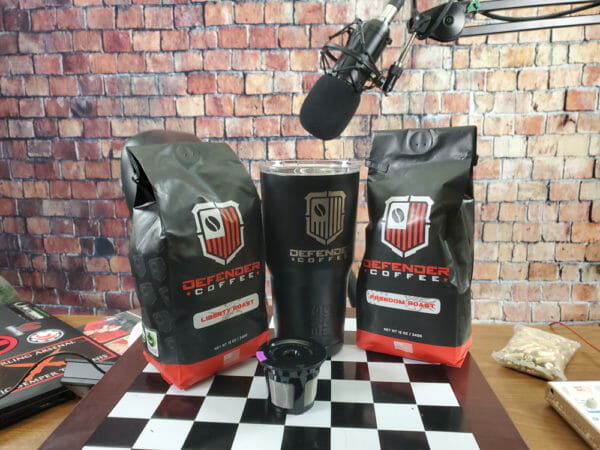 Defender Coffee, The Coffee Company That Give All Profits To 2A RightsU.S.A. –-(Ammoland.com)- Two things that seem to go together are guns and coffee. I am not sure why that is, but there are a lot of pro-American, pro-gun coffee companies. Black Rifle Coffee Company might be the biggest pro-2A coffee company in the world, but other coffee companies also turn out an excellent product and are unapologetically American. One of these all-American companies is Defender Coffee. Deric Schrack started his coffee company after the Las Vegas mass killing. He saw the calls for more gun control, and he saw a need for a way to pump money into pro-gun organizations to protect his and other people’s rights. “I started Defender Coffee to give fellow patriots an easy and simple way to donate to gun rights organizations by doing something they already do every day… drink coffee,” Schrack told AmmoLand. “After the Vegas shooting, there were a lot of calls for more gun control. I wanted to create a way to get more people involved in the donation effort aimed at defending the Second Amendment. Since my goal was to get more people to be Defenders of the 2A, the name Defender Coffee was born.” Defender Coffee donates all the profits from the sale of their coffee to organizations that are on the front lines fighting against the people that want to strip Americans of their right to bear arms. When a customer checks out on the Defender Coffee website, they can choose what organization will get the profits from their purchase. Right now, Defender Coffee gives its customers a choice between Gun Owners of America, Second Amendment Foundation, or the Firearms Policy Coalition. All those organizations have a reputation for vigorously fighting against anti-gun laws by lobbying politicians and fighting back in court. One organization that is conspicuously absent from the Defender Coffee website is the National Rifle Association. According to their website, they chose not to donate to the gun-rights group because of what they see as compromises. They highlight the NRA backing the bump stock ban and red flag laws as an example of appeasement by the organization. Defender Coffee makes it clear that not everyone involved in the NRA is an appeaser. They just believe that the NRA as a whole isn’t as strong on the second amendment as other organizations. GOA, SAF, and FPC line up better with their mission statement than the NRA. 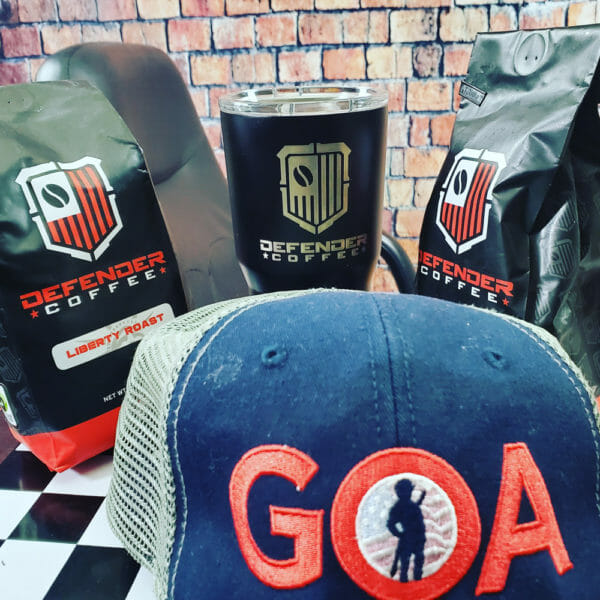 Defender Coffee, The Coffee Company That Give All Profits To 2A RightsDefender Coffee also offers a Coffee Club. This club is a subscription service for your coffee. The customer can choose to have one or more bags delivered every 14 to 60 days. This service allows the coffee drinker the peace of mind to know that they will never be without their morning beverage of choice. The back story of the company is excellent. What they do with their money is also fantastic, but it means nothing if their coffee sucks. Luckily, I had the chance to try a couple of their different blends for myself. I tried Defender Coffee's Freedom Roast and Liberty Roast. The Freedom Roast is a medium roast coffee, but it has a unique, bold flavor. The flavor was fuller than the medium roast coffee from Starbucks. The closest coffee shop coffee to the Liberty Roast is from Pete's Coffee, but there is just a little more flavor with the Liberty Roast. All the coffee beans in the Freedom Roast are from Brazil. Defender Coffee used acaia and bourbon type beans in their medium roast. The coffee is farm2cup, which means that the money that Defender Coffee pays for the beans goes to the local community where they are grown instead of a faceless international corporation. A 12-ounce bag of the Freedom Roast sells for $15.99. It is a little more than the Starbucks medium roast house blend, but all the profits from the Defender Coffee product go to protecting your rights as a gun owner. I would rather pay an extra couple of bucks to defend my second amendment rights than give it to an anti-gun company like Starbucks. The other blend I tried was the Liberty Roast. Now, this roast is the one that really worked for me. This blend is Defender Coffee's dark roast. It is 100% USDA certified organic. It is also “Fair Trade” certified. Fair Trade is all about income sustainability and helping the communities where the coffee comes from obtain clean water, education, and health care. Another thing about Fair Trade products is that they are often higher quality than their counterparts. There is a lot of reasons for this, but I think it is because Fair Trade products cost a little bit more, so they have to turn out a superior product to justify the difference in cost. The Liberty Roast has a rich taste. Defender Coffee says that this blend has a note of dark chocolate and oak. I agree that there is a hint of these tastes. It enhances the flavor. I was trying to think of a coffee shop coffee that has a similar taste, but I really couldn't pin one down. The beans come from the mountains of Honduras, Mexico, and Ethiopia. Defender Coffee used multiple bean varieties of beans such as Catuai, Caturra, Typica, Bourbon, Pacamara, Pacas, and Kent. I think the mix of the beans gives it a unique taste. The dark chocolate taste most likely comes from the beans of Ethiopia. Every time I have had that hint of dark chocolate taste, it turns out the beans were from Africa. The Liberty Roast costs a little more than the Freedom Roast, but I do believe it is the superior blend. The Freedom Roast is good, but the Liberty Roast is phenomenal. Defender Coffee prices the Liberty Roast at $17.99, and it is worth every penny! Plus, you defend your rights while drinking a great cup of coffee. My wife doesn't drink coffee, and I didn't want to brew a whole pot every time I wanted a cup (mostly because I would drink it all), so I got a reusable K-Cup. Defender Coffee sells these pods for $2.99. I never used a reusable K-Cup before, but it worked great in my Keurig. The final item I got from Defender Coffee was their 20oz tumbler. I wanted to replace my old Yeti tumbler, but I didn't want to support a company that gave into anti-gun groups. The Defender Coffee tumbler was the same price as the Yeti at $29.99 and almost as good. Although the Yeti is slightly better, the difference would not be enough for me to go with the Yeti. I believe in supporting the companies that support us, and that is the mission of Defender Coffee. Get your Defender Coffee at https://defendercoffee.com/ About John Crump